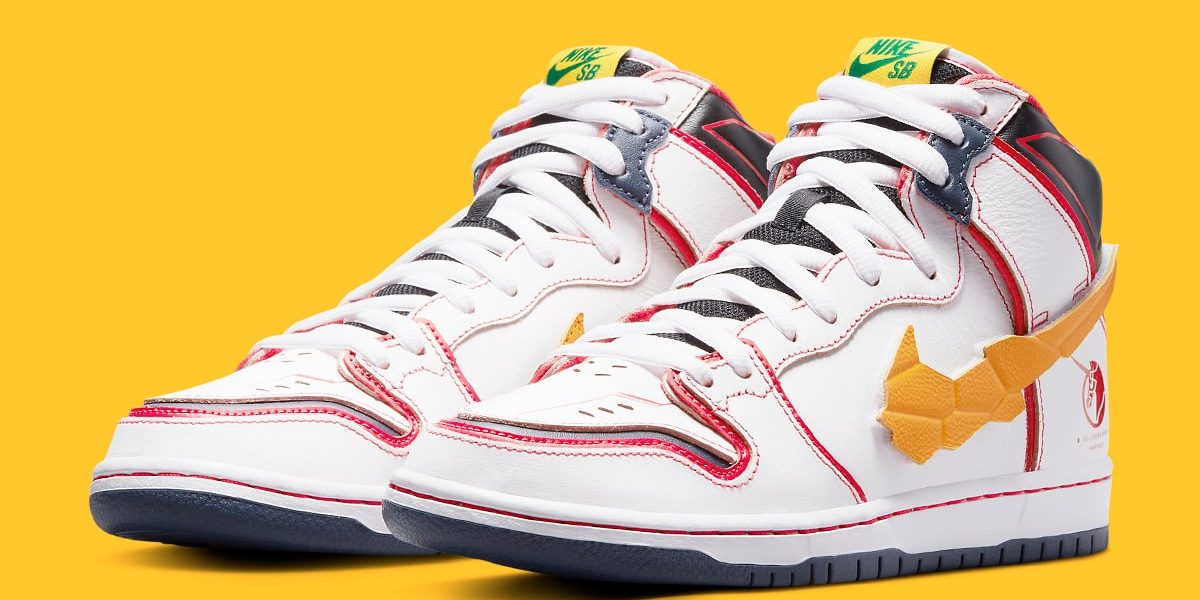 Gundam was originally created as a military fiction by Yoshiyuki Tomino. Becoming a dominant presence in the late 1970s by having turned into movies, a TV series, and countless graphic novels, they have now teamed up with Nike to release a special edition colorway of the Nike Dunk High inspired by Mobile Suit Gundam Unicorn, a novel from the Gundam franchise. The new “Unicorn” colorway sports a red trim and stitching, woven SB tag, an interchangeable swoosh, and a red unicorn emblem on the heel. Inspired by the figurines, these are sure to influence collector culture for years to come.

Be on the lookout for the Gundam x Nike SB Dunk High in its “Unicorn” colorway on November 10th via Nike and retailers. The retail price tag is set at $110 USD. Style Code: DH7717-100.