Check Out Official Images Of The Nike Kyrie S2 Hybrid 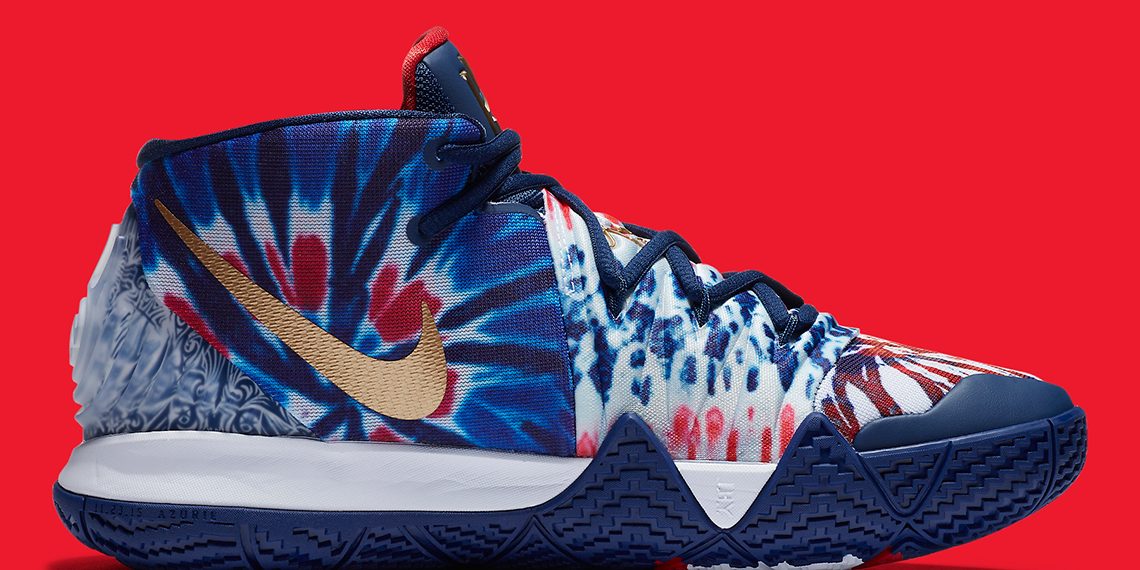 NBA Star Kyrie Irving has made headlines recently due to to his recent generous donation of $1.5 million to WNBA players who have decided not to play. Some have decided not to due to COVID-19 while others are speaking out about social justice concerns.

Following his last reveal of the “What The” the silhouette will now have an upcoming “Tie-Dye” colorway. The shoe is a nod towards patriotism as it’s upper is covered in red, white and blue. The rear paneling contrasts by adding darker shadings. Additional features include gold-plated logos as well as blue/white patterns tucked under the heel.

Though no official release date has been announced, be on the lookout as these are expected to drop on Nike.com in the next coming weeks. For now, check out some images of the shoe below.