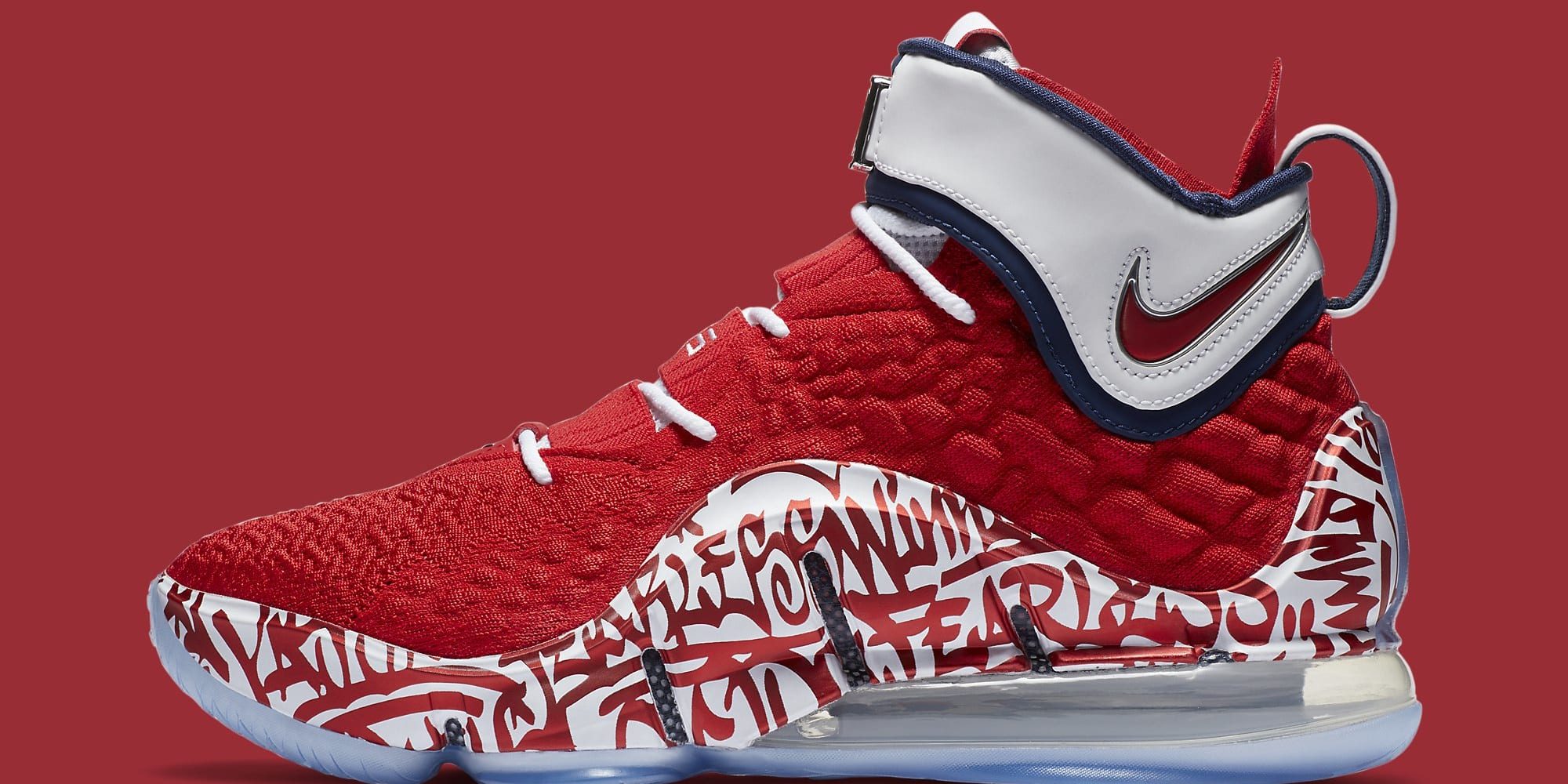 Along with the unreleased “All-Star Graffiti” colorway, another Nike LeBron 17 is set to hit stores soon. Nike has revealed the “Fire Red Graffiti” which features a red based theme. The shoe gets its inspiration from the Nike Lebron 4 “Graffiti” which released back in 2016. The shoe mizes white and red to create a unique shoe full of graffiti like features. The graffiti graphic can be seen across the mudguard while a red Knitposite can be seen on the upper.

Nike has recently confirmed the release of the LeBron 17 “Graffiti Fire Red” which is set to release on July 28th via SNKRS for a retail price of $225 USD.