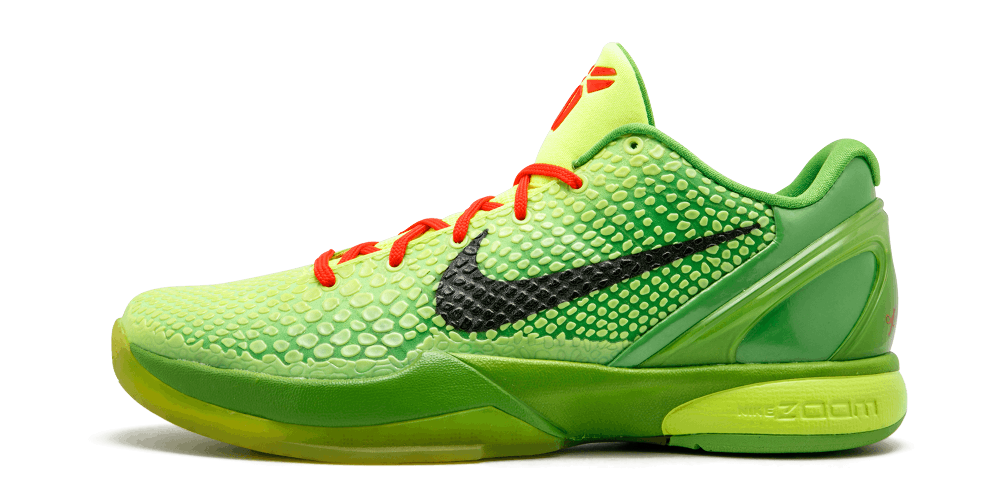 After originally being released during Christmas 2010, Kobe Bryant’s iconic Kobe 6 “Grinch” will be returning in Protro form early 2021.

The shoe features a Black, Crimson, Volt and Green Apple color scheme. No official images of the shoe have leaker however, the Nike Kobe 6 Protro is expected to look just like the 2010 version. A Green and Volt upper will also be featured with Black Swooshes on each side and Crimson branded tongues.

Check back here for more official updates on the shoe.