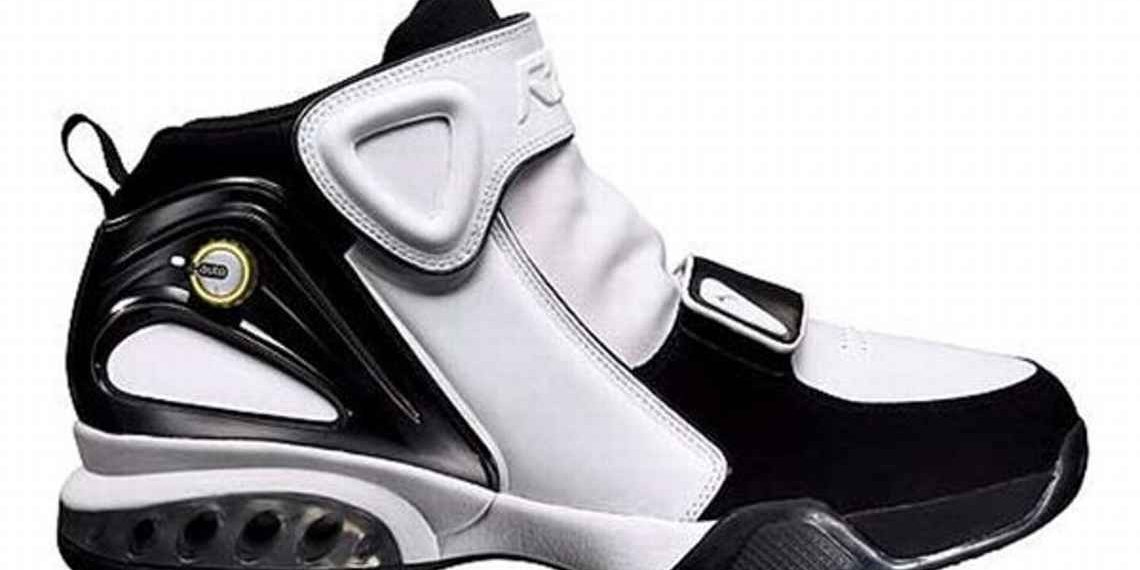 ESPN’s headquarters has recently given us an inside look to the Bottom 10 headquarters filled with footwear that did not make the cut. Presentation has always been a key factors when it comes to footwear which goes to explain why many of these shoes made this list. Check out the bottom 10 sneakers in NBA history below.

Back in 2012, Under Armour wanted to make a basketball show from its football cleats. The designers stated the shoe would be tough and tight allowing many to eliminate the need for having their ankles taped. Since the tongue was so rigid, they had to be opened up and slipped on like a normal ski boot. All of these things combined were enough for the people to show no interest in the shoe.

These futuristic looking shoes did not win points in the design category as many deemed the shoe “ugly” right after seeing it. The big slabs of grey were placed on the shoe rather than signature team colors which is what people wanted to see.

Many have experienced nostalgia the past few years in regards to Shaquille O’Neal’s first signature shoe. However, if you were old enough at this time, many remember the Preacher Ice was supposed to be “capable of magic” according to O’Neal himself. However the shoes turned out to be a major flop.

When the movie “Space Jam” released, so many people were obsessed with the movie that even the studio decided to enter the sneaker game. Two of the big signees included Glen Rice and Bryant “Big Country” Reeves. Rice soon left the Nautica deal and became the face of the Warner Brothers brand instead. The shoe turned out to be big and bulky with no outstanding features causing people to look at it as nothing more than a shoe you could purchase at a local discount store.

Nike released the Air Garnett 3 back in 1999. later on, the Air 3 was rebranded as Adidas took over the shoe. However, people found the shoe uninspiring leading to the disappearance of the whole KG signature series.

Carmelo Anthony’s shoe was deemed ugly after the mix of colors and style of the laces did not sit well with sneaker heads.

Back in fall 2010, Rebook and John Wall introduced the Zig Slash which was supposed to feature ZigTech, a zig-zag shaped sole built on suspension. This sole was supposed to absorb energy from impact and redistribute on the court. However, it failed to successfully do this.

The shoes look didn’t sit well with most people as it reminded them of the Stormtrooper helmets from the original Star Wars trilogy.

Temperature-sensitive strips were featured on this shoe as it converted feet heat into a chemical change of colors. However, the lacing was so difficult to figure out it often frustrated people. The overall boat like look was not appealing to people as well.