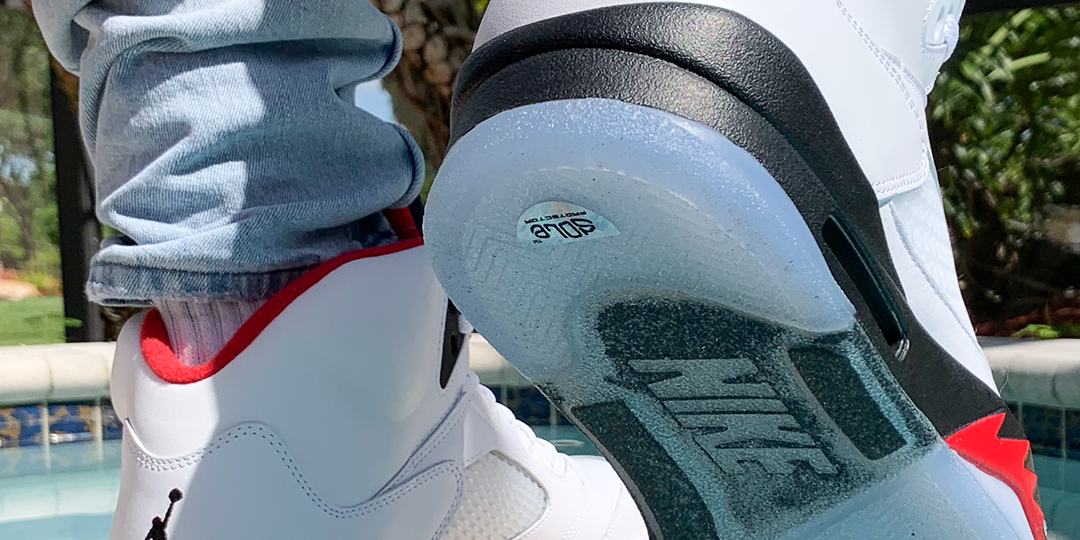 The highly anticipated Air Jordan 5 “Fire Red” also known as the “Fire Red 5” is expected to release May 2nd in full family sizing for a retail price of $200 USD at Nike.com. However, another Air Jordan 5 “Fire Red” was released in 2013 as well leaving people to wonder, what’s the difference between the two? Sole Protector provided an exclusive photoshoot of the two shoes showing off the differences between the two. Can you spot them all? Check out the pictures below for a detailed look of how these two shoes compare.

Though both shoes feature white, red and black along with an icy sole, a few key details stick out. The 2013 Air Jordan 5 “Fire Red” features the classic Jumpman at the back of the shoe while the 2020 pair features the “Nike Air” words and a Swoosh. White is the main colored featured throughout the base of the shoe while the soles feature two different colors. Both have a Jumpman placed at the top of the sole however the 2013 version feature a black Jumpman while the 2020 pair has a red one. The words “Nike” are shown in the middle of the sole for the 2020 pair while the 2013 pair shows “Jordan” instead. Black, red and white are interchanged or even opposite when comparing both shoes giving them a different look. Lastly, a 23 can be spotted at the back of the 2013 pair of the shoe which has not been featured on the 2020 version.