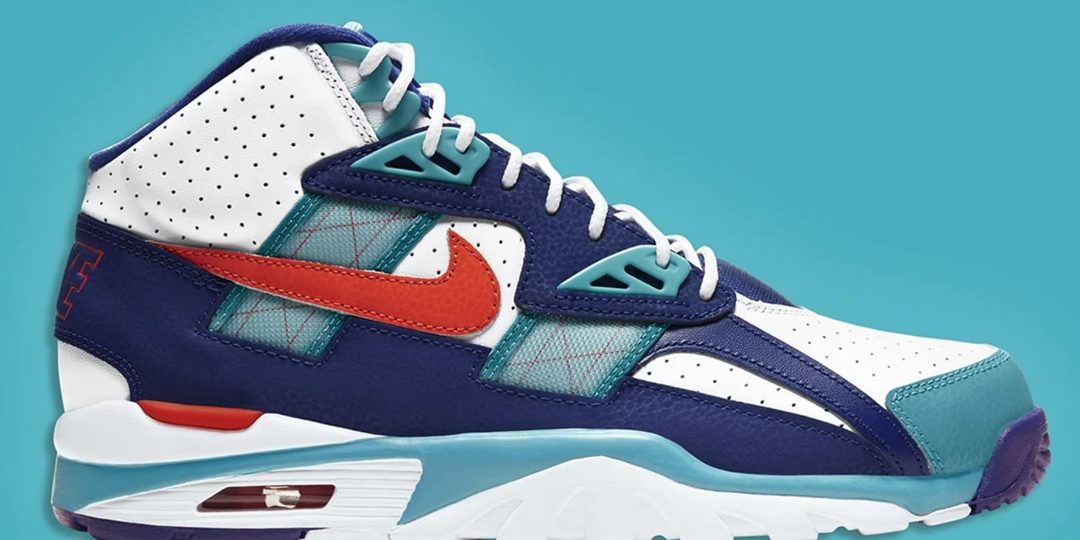 In honor of its 30th anniversary, Nike is bringing back the iconic Trainer SC High in a variety of different colorway options. The shoe was originally released in 1990 as a tribute to Bo Jackson. The shoe will also feature a LA Rams and Miami Dolphins inspired colorway.

The Nike Trainer SC High “Miami Dolphins” features a white base with blue overlays to contrast. Teal mesh straps and red swooshes can be found as well.