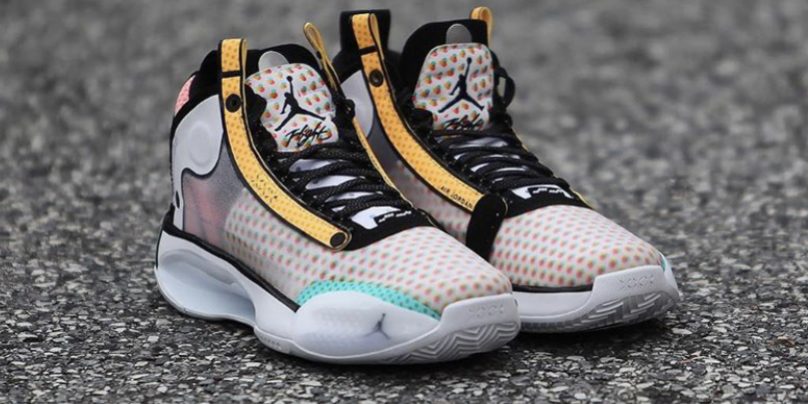 The Air Jordan 34 “Guo Ailun” has previously been showcased with an original styling. The shoe was designed for Chinese basketball player, Guo Ailun who signed with Nike back in 2017. This shoe shows off its colorful appearance as the shoe features bright peach and teal. Yellow is also used as the rest of the upper is covered in a white material. Special characters can be found on the inside of the tongues. The Jumpman logo on the left heel and Guo’s logo on the right heel finish off the shoe.

Though no official release details have been announced, check back here for more official updates on the shoe.