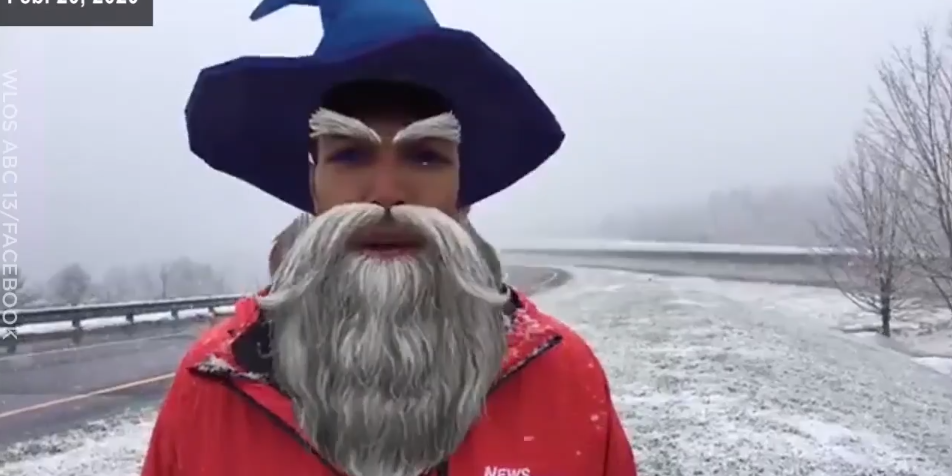 The use of filters has become a huge deal whether it’s on Instagram, Snapchat or Facebook. Face filters allow you to put on things like hats, sunglasses, makeup and more virtually. Though filters are great, there is always a time and place for them to be used. A reporter in North Carolina recently broadcasted news on Facebook Live. However, beforehand the Facebook filter generator was turned on before the broadcast causing different filters to be placed over the anchors face the entire time he was reporting.

Justin Hinton, the anchor reporting during this filter mishap, released the following explanation:

Right before going live on Facebook on the WLOS ABC 13 station account to talk about snow, I somehow activated a filter generator. The photographer I was working with said something about the screen having weird faces.

He didn’t elaborate, so I said it would probably go away. Needless to say, it did not go away. I didn’t realise it until I stepped off camera and saw the comments where people were talking about the faces. My bosses, coworkers, friends, PIOs and more called/texted saying how funny it was, so here you go.

The video was reposted by the station on February 20th and quickly went viral gaining more than 160,000 views. Despite the accident, people seemed to really enjoy the filter surprise.

Check out the video from WLOS ABC 13 below.