A Summary History Of The NBA All Star Dunk Contest 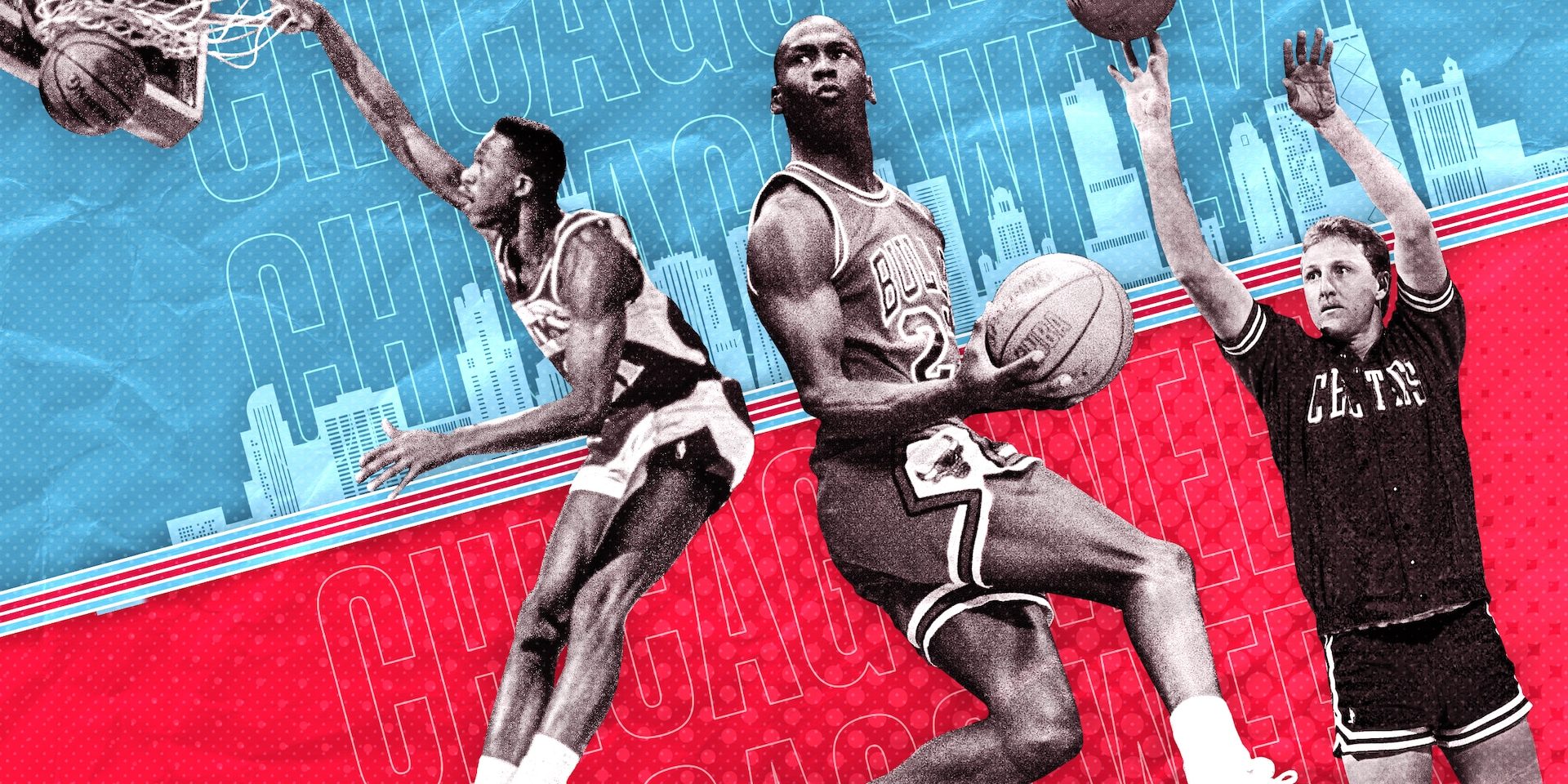 The 2020 [wow the future is now] NBA All-Star weekend is only a few days [2/14/20-2/16/20] away and basketball fans will have the opportunity to see some of the very best players in the world showcase some of their finest skills. But for me, there’s literally only one part of the event that I really care about and that is the NBA Slam Dunk Contest. All of the other events are icing on the cake but for me, the All-Star weekend is about seeing is the highest level of unhinged athleticism on display – in the form of dunking.

My unashamed bias towards the art and execution of dunking is also rooted in firm but subjective reasoning (at least in my opinion). I can’t dunk so like most humans, I admire in people the things that I cannot do. Touching the rim is my highest achievement with respect to basketball leaping ability – always coming close but never bridging the gap that makes all the difference between a common tip and the all powerful slam.

At my current age and weight, dunking as a life goal would be beyond selfish – given that my almost inevitable injury would not exactly be workplace related. Nope – I am perfectly fine with watching true professionals perform the impossible with the “just do it” ease.

There’s probably some basketball guru who promises to tutor and teach dunking but I’m doubtful. And even if such a person were to exist, it’s even more improbable that they could teach the ingenuity and pure artistry that really draws people in. There’s no run-of-the-mill in the NBA Slam Dunk contest but you might actually see one or two human windmills.

It’s an unnatural thing – dunking. Instinctively, we know that human beings are not supposed to  fly and it’s even more counterintuitive that people who easily rank among the largest on earth fly so easily.  It’s one of those things that make you question what mankind is really capable of.

Dunking is rule breaking. Through that single act, an athlete defies the laws of physics and exposes the academic side of sport. Dunking is also one of a billion answers to the most important question in competition: How to win? Someone was the first to find the answer and since then, others have been refining the response.

Who was the first person to dunk? That’s the obvious question but in my own exploration, I’ve found that responses vary. The variation also makes a fair degree of sense.Unlike the things we take for granted today there were no cell phones capable of recording historical moments. And there certainly was no internet to store all that goodness.

That said, there are some key contributions that most seem to agree on and can be verified. I’ve highlighted those here.Below is also a summary of my findings with sources embedded.

Without James Naismith there would be no dunk contest.

Cracked the basketball “code” back in 1910 by climbing the “cage” enclosing the court and dunking the ball in the basket.

Tested the rules and discovered an opening that future players could exploit.

Credited with the first dunk on a major stage: the 1936 Olympics in Berlin, Germany.

Joe Fortenberry gave the dunk
legitimacy – literally bringing it to the world’s attention.

Credited with the first description of a dunk while covering Joe Fortenberry for the New York Times during the 1936 Olympics.

Credited with integrating the dunk into his game – legitimizing it as an offensive weapon.

Credited as the model for the highly stylized and skillful play and amazing dunks basketball fans associate with the modern game – Dr. J put the “Slam” in “Slam Dunk.”

Dr J’s acrobatic gameplay and gravity defying dunks set the standard for the game we love and enjoy today.

Hopefully this gives a taste of what it took to give us all a glimpse at human elevation. If you’re able check out the embedded links for more info and for all the sneaker heads out there – remember to: