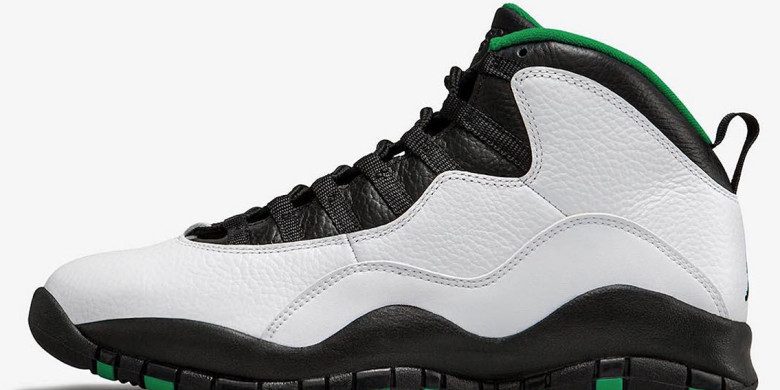 Consisting of five city-specific makeups, the Air Jordan 10 “City Series” boasts some of the silhouette’s most acclaimed colorways among its ranks, and now the AJ10 “Seattle” is set to re-release for the first time ever, almost 25 years after it first came to market. Originally debuting in 1995, the “Seattle” makeup features a mix of black and white leathers, but adds Pacific Northwest-inspired detailing through bold green accents on the collar/outsole. A large yellow Jumpman then graces the outsole’s heel to finish the look. Interestingly enough, Jordan and his Bulls also defeated the Seattle SuperSonics in the 1996 NBA Finals — his first championship back after retirement and a season after the shoes originally released. One of the last remaining OG Air Jordans to receive a retro, you can expect the “Seattle” 10s to return to market October 19th, complete with a retail price of $190 USD.