Best Look Yet at the ‘Knicks’ Air Jordan 3-Sole Collector 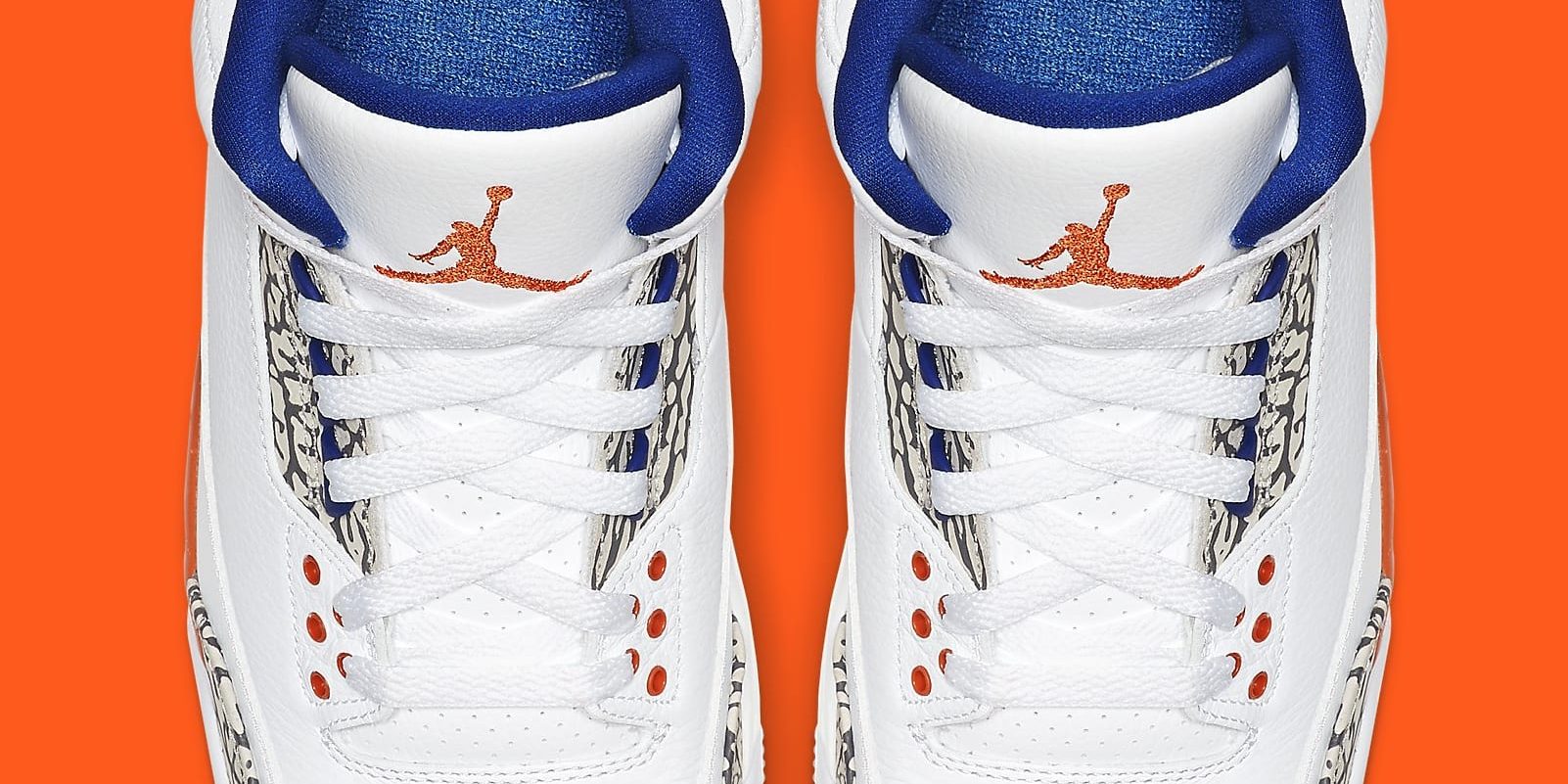 The Chicago Bulls encountered many worthy adversaries on the to way to their six-title dynasty in the 90s, but no rivalry was quite as heated as encounters with the New York Knicks. Now, an upcoming colorway of the Air Jordan 3 will honor this rivalry.

Along with classic Jordan 3 blocking, the shoe features New York-inspired royal and orange hits on a white-based upper, with traditional elephant print panels wrapping the toe and heel. In a video of the retro shared by DJ Khaled, we see a tag bearing ‘04.08.88,’ the date of a game against the Knicks in which Michael Jordan scored 40 points in a Bulls victory.

Nike has officially confirmed that the Air Jordan 3 “Knicks” is releasing on the SNKRS app this Saturday for $190. According to the brand, inside the tongue features a tag bearing the date 04/08/88 to commemorate Michael Jordan’s 40-point performance in a win over one of his biggest rivals that season, the New York Knicks.