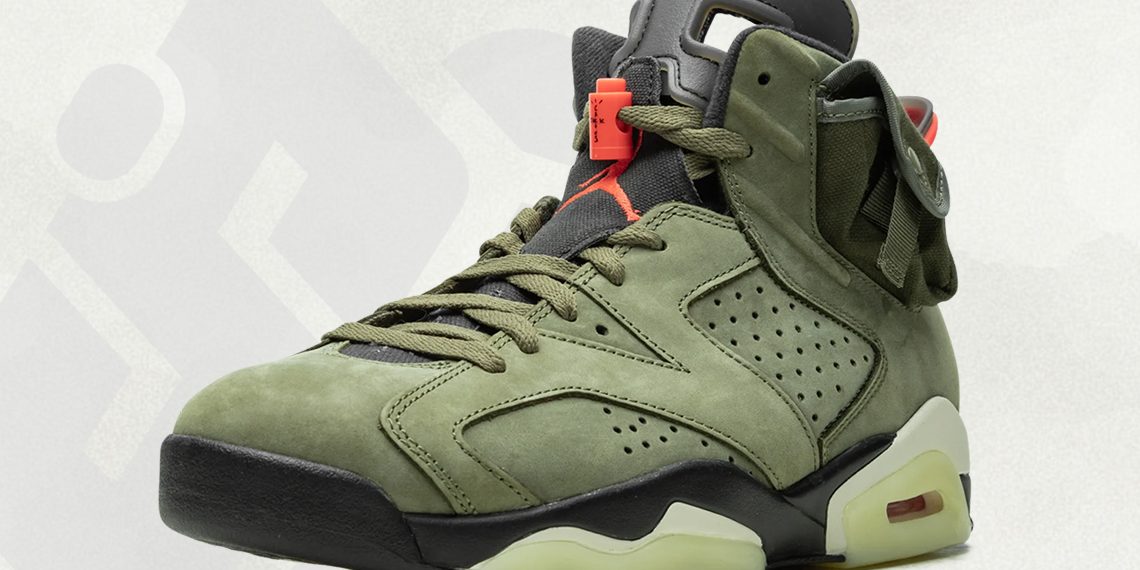 It’s looking like Travis Scott will be crowned the sneaker collaborator of the year as he has once again collaborated with Nike on a new Air Jordan 6. This September, his next creation will be released to the public – an Air Jordan 6 Retro enhanced with exterior stow cargo pockets, glow in the dark soles, and durable canvas applications.

As of the end of August, it is rumored the shoe will drop around or on September 14th but seeing how Travis gets a kick out of dropping his shoes at both random occasions and timed with other side-projects (such as yesterday’s premiere of his Netflix special), it wouldn’t be a surprise if the shoes were released earlier. Check out an exclusive look of the upcoming Air Jordan 6 Travis Scott.