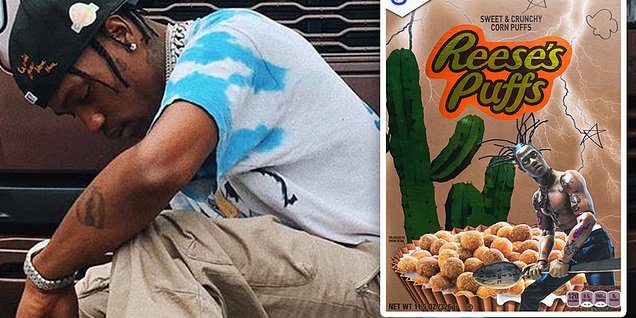 Travis Scott was spotted on Instagram recently flexin. The rapper posted pictures of him wearing the Nike Dunk High LE “Wu-Tang” from 1999, rumored to have been limited to 36 pairs worldwide.

Next to Travis Scott’s exclusive kicks appeared two boxes of Reese’s Puffs cereal designed by the Astroworld artist. The box included some cacti which referred to Scott’s “Cactus Jack” moniker. The color of the box referenced to his Nike Air Jordan 1 collab. These boxes will be available for purchase starting this Tuesday, June 25th on Travis Scott’s official website at a retail price of $50.