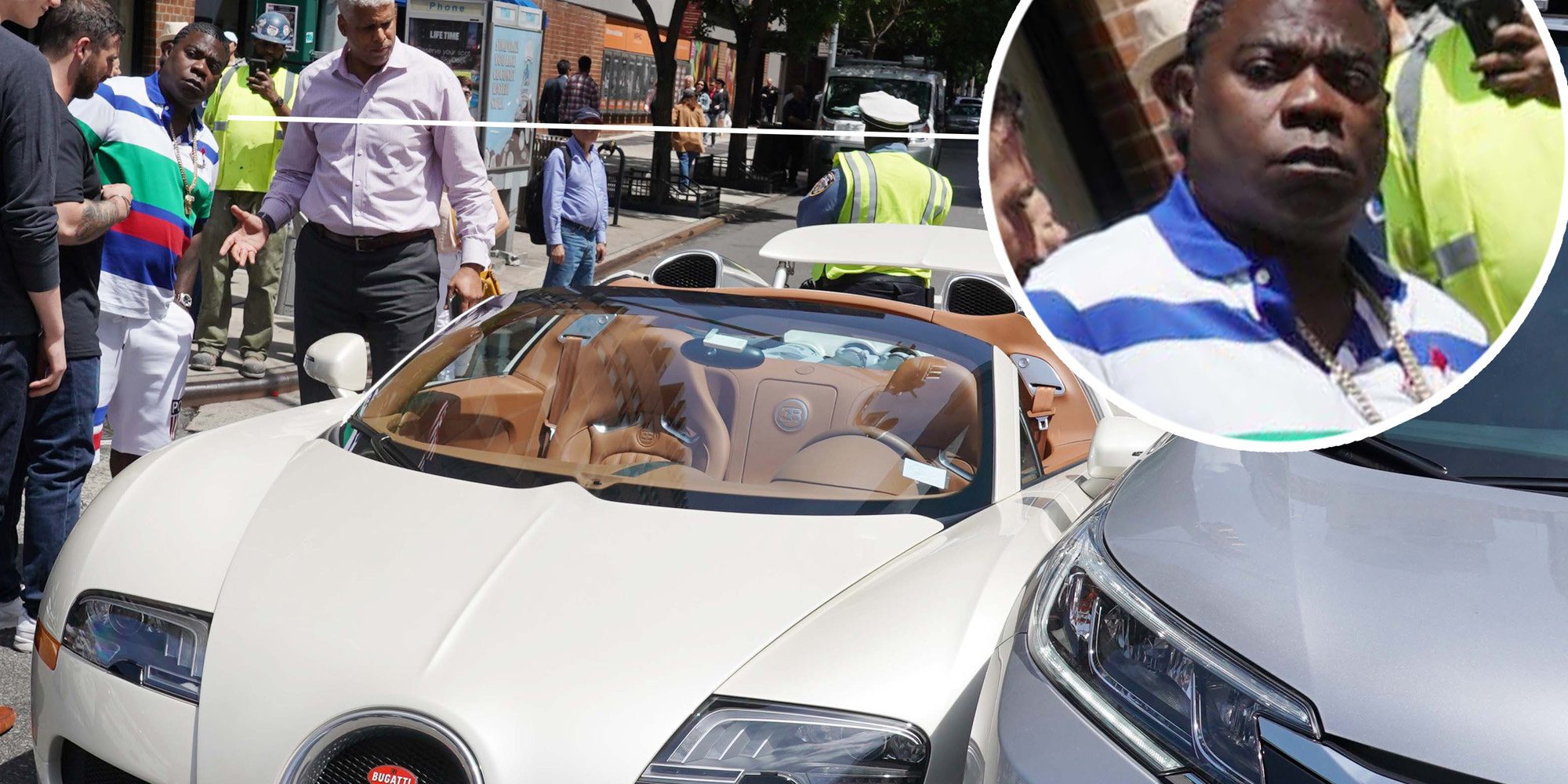 Tracy Morgan, star of 30 Rock, had recently bought a $2 million Bugatti on Tuesday. Soon after the purchase, Morgan’s car was hit on the streets of New York City. Although the damage was minor, Morgan was furious.

“It’s a $2 million car! Just bought it!” Morgan was heard saying by a few bystanders.

Even though he was seen entering an ambulance at the scene, the police explained he was not hurt but rather staying out of the sun.