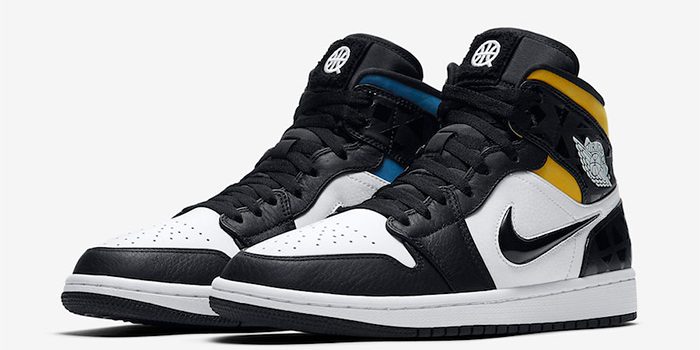 We were able to get a first look at this year’s Jordan Brand “Quai 54” along with official pictures and details on the shoe. To celebrate the Parisian tournament’s 15th year, to types of Air Jordans are expected to release: The Air Jordan 1 Mids and the Air Jordan 8s. The release date for both of these shoes are listed below.

To celebrate the legendary Parisian [Quai 54] tournament’s 15th year, Jordan Brand is releasing the Nike Air Jordan 1 Mids and Air Jordan 8s ‘Quai 54’ edition. Both include monochrome palettes with multicolored accents and graphic motifs. Sneakerheads won’t have to wait too long to cop one of these; both are releasing in June.

Don’t forget to protect your shoes with Sole Protector!