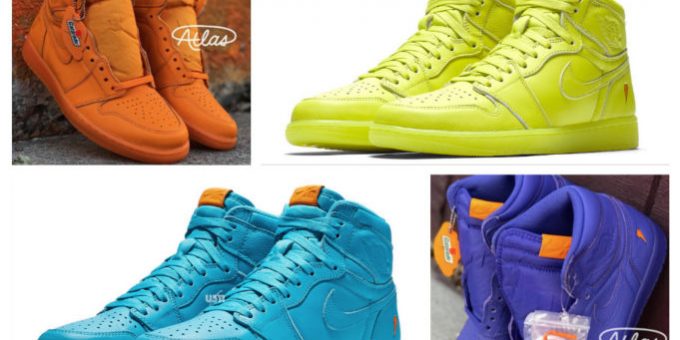 IMages of the shoes have began to leak. We’ve already seen the Jordan 1 in the Orange Peel and Blue Lagoon colorways. Both have tonal premium leather uppers with tonal laces, the Gatorade lightning logo on the heels, Orange Nike Air branding on the tongue, Gatorade hang tags, “Be Like Mike” branding on the inside of the tongue and co-branded insoles to complete the style altogether.

The shoes will also come with a special Orange box that reads “MIKE” on the lid, as the Gatorad thunder bolt replaces the I in MIKE. Two more colorways have yet to be unveiled, and those colorways are Rush Violet and Cyber. Stay tuned as more info begins to surface.

Supreme Might Be Releasing A COVID-19 Fundraiser Tee
March 30, 2020