Donald Trump uninvited Stephen Curry to the White House, just for RSVPing “no thanks” 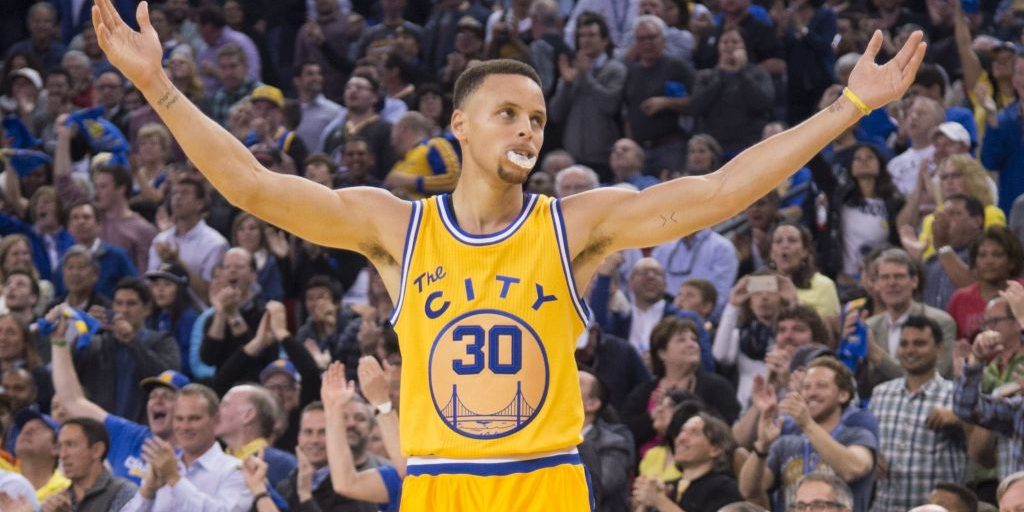 It is a strange week in America when the biggest speech about health care comes from a late-night comedian, and the biggest professional-athlete fracas is caused by the president of the United States.

During a press conference Friday, Stephen Curry of the NBA champion Golden State Warriors said he wasn’t interested in visiting the White House to celebrate the team’s victory, arguing that it would amount to a tacit endorsement of the president. “By acting and not going, hopefully that will inspire some change when it comes to what we tolerate in this country and what is accepted and what we turn a blind eye to,” Curry told reporters.

Donald Trump didn’t like that. On Saturday morning, he rescinded the invitation—to Curry alone or the whole team is unclear—via Twitter.

Going to the White House is considered a great honor for a championship team.Stephen Curry is hesitating,therefore invitation is withdrawn!

Let’s ignore for the moment that rescinding an invitation after the invitee has already declined is the social equivalent of firing someone after they quit. Let’s also ignore the debate—which Trump has stirred up twice in two days—over what level of deference, if any, the president deserves from his or her country’s professional athletes. Strictly from an etiquette perspective, Steph Curry is 100% in the right.

Among the many pernicious stereotypes about millennials—they’ll give up homeownership for avocado toast, they refuse to ring doorbells, and they kill just about everything—is the notion that they, generationally, suck at RSVPing. Anna Post, etiquette expert and great-granddaughter of godmother-of-etiquette Emily Post, says that failure to RSVP is “one of the biggest etiquette complaints I hear about, and the one that is often accompanied by the most frustration.” Lizzie Post (same credentials) told the Wall Street Journal (paywall) that “we are worse at RSVP-ing than we ever have been.” She says it has to do with the immediate nature of modern communication, which makes us want to “be able to decide that morning if we want to go that night—we have forgotten how to simply commit.”

To be fair, the Warriors had been a touch noncommittal—the team planned to meet this fall to decide about the White House visit—but they backed Curry up on Saturday, saying in a statement that players would instead use their trip to the nation’s capital to “celebrate equality, diversity and inclusion—the values that we embrace as an organization.” That certainly spares Trump (read: his staff) from accidentally preparing too much food, or over-expending energy on personalized centerpieces. He won’t have to dream up inappropriate small talk, or apologize to anyone for stealing their ratings.

Besides, you’d think Trump would be used to the nuances of White House-visit attendance by now. In April, a good number of the New England Patriots, including quarterback Tom Brady, skipped the presidential rendezvous that followed their Super Bowl victory. And in January, Mexican president Enrique Peña Nieto canceled a planned meeting with Trump after the latter tweeted that they should probably call it off.

While no members of the Post family have yet come to Curry’s defense, athletes already have.

U bum @StephenCurry30 already said he ain’t going! So therefore ain’t no invite. Going to White House was a great honor until you showed up!

At least someone understands the merits of a solid “no thanks.”