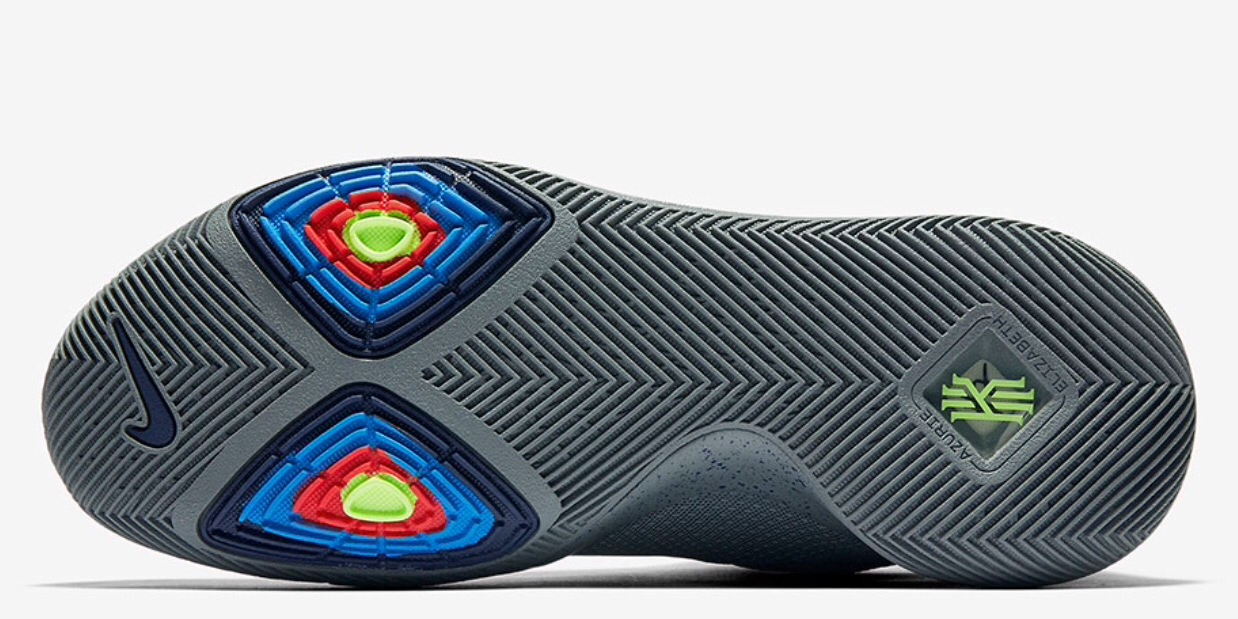 SPSS
Kyrie Irving’s time at Duke University may have been short-lived, but he certainly made his presence felt on the Coach K. led squad in less than ten games played. His Nike Kyrie signature line has paid tribute to the school on multiple occasions in the past.

This Nike Kyrie 3 “Cool Grey”, although inadvertently, looks as though it’s an ode to the Georgetown Hoyas. An infusion of Polarized Blue coupled with shades of grey certainly bear a striking resemblance to Hoyas team colors — the only thing missing is the kente print that often accented their elder uniforms in the 90’s.

But the “Cool Grey” Kyrie 3’s aren’t traditionally constructed to honor the former Big East power. If nothing else, we’re just basketball junkies and relate any and everything to hoops if we can. Grab a closer look at the shoe below and anticipate a March 24 release at select Swoosh retailers.