How Social Media Is Driving Plastic Surgery in Millennials 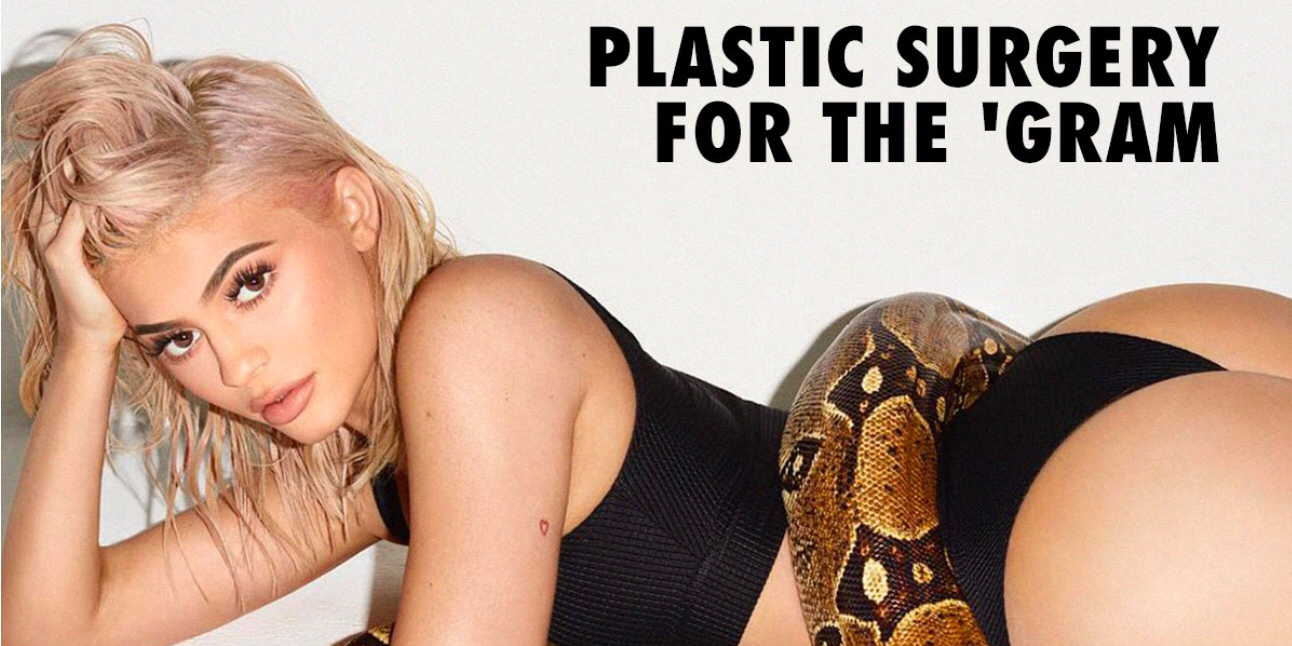 Maintaining social media profiles full of selfies can be a full-time job. Guided by a stream of comments and likes, we learn what lighting looks best, how to hold our faces and what digital tweaks to make. But when even the most flattering filters aren’t enough, digital natives are increasingly opting to go under the knife.

Floridian plastic surgeon Michael Salzhauer, or Dr. Miami, has more than half a million Instagram followers and credits social media platforms for helping to bring in new and younger clients.

“I think the influence of social media is enormous and cannot be overstated,” Dr. Miami told Highsnobiety. “Ten years ago, women in their late teens and early twenties rarely sought plastic surgery, but now young people are doing it because they are seeing themselves on social media from different angles next to models like Kylie Jenner and Kim Kardashian with curvaceous bodies. These celebrities have had surgeries and people come in to look like them.”

He’s not the only surgeon being inundated with social media requests.

In a recent American Academy of Facial Plastic and Reconstructive Surgery survey, over 40 percent of surgeons reported that looking better in selfies on Instagram, Snapchat and Facebook was an incentive for getting surgery. Overall procedures have increased in the U.S. by 115 percent since the turn of the new millennium, with the biggest increase in patients under 30 years of age. 56 percent of facial plastic surgeons saw an increase in cosmetic surgery or injectables with patients under 30, despite the minimum age for most procedures being 18.

“One of the surgeries that is increasing among young people is the removal of the fat pads in the cheeks for a more contoured look,” Dr. Miami said.  “Fillers and Botox have been increasing and the age of clients has been dropping. I have regular Botox customers in their twenties and filler customers coming in their late teens.”

As for body surgeries, Brazilian butt lifts, tummy tucks and breast augmentations were among the most popular. “The trend now is to go from that square boyish look that was popular in the ’80s and ’90s to the curvy Kim K. look,” Dr. Miami said.

He added that, since the rise of Instagram, requests for the Brazilian butt lift procedure, which transfers fat from the abdomen and thighs to the buttocks, has increased by more than 100 percent each year.

While clients of the past may have brought in magazines with pictures of movie stars and models, Dr. Miami says Instagram stars are whom most of his patients would like to be patterned after. Kylie Jenner, Lira Mercer and Abigail Ratchford are among the most-requested.

Although the Florida-based doctor works on celebrities and Instagram stars, most of his clients have not built careers in the public eye. “The majority of my practice is not celebrities, but young women in their late teens and twenties or young moms in their early 30s,” he said.

The general public has an easier time relating to social media stars than traditional celebrities – because theoretically this new type of celebrity is on the same playing field as anyone with a smart phone.

For Peruvian-born Instagram star Luanna Perez-Garreaud, maintaining a relatable persona is a huge part of growing her more than two million Instagram followers.

“I have a normal life and I portray myself as a normal person,” Luanna told Highsnobiety. “I think that is the main reason people feel connected to me. I have so many followers that have been with me for so long and share my whole world with them.”

While she has not personally gone under the knife, Luanna has noticed the faces and bodies of Instagram slowly homogenizing.

“So many of the girls on Instagram are copying the Kim K. or Kylie Jenner look, and it’s kind of sad,” she said. “I can see how there is a lot of pressure, especially for young girls, to conform to a certain image. If you are posting pictures of yourself 24/7, it can be a lot of pressure.”

Blocking trolls and filling her feed with diverse images of beauty is something that keeps the space positive for Luanna.

“Before Instagram, I would get inspiration from fashion models on the internet, but clothes never looked like that on me. It’s nice to find curves and different types of beauties on the app,” she added.

Luanna has been blogging for close to a decade and says she has grown immune to pressure from her peers to change herself. “You have to be skeptical when looking at Instagram and comparing it to your life.”

But for those who have grown up plugged into social media and now live a large portion of their lives online, there is more pressure to look good in every snapshot.

Leah L., 19, is a receptionist in San Francisco and says she makes most of her purchases based on Instagram advertisements; cosmetic surgery is no different. “Instagram is smart and shows you what you want,” she said. “I get video and picture ads for lip fillers and eyelash extensions on my feed – it makes me think that I could do that too.”

To tide her over until she can get injections, which can cost anywhere from $500-$2,000, Leah bought a suction-based lip plumper she saw advertised on the app. “It works, but it bruises you. So I walk around with nice fat lips, but covered in a lot of makeup because they’re so discolored,” she said.

But for many, a certain degree of pain is worth it to perfect their social media profile.

“Everyone puts up this persona online of how people want others to see them and I definitely have an aesthetic to upkeep,” Leah said. “You are comparing yourself to people at their best.”