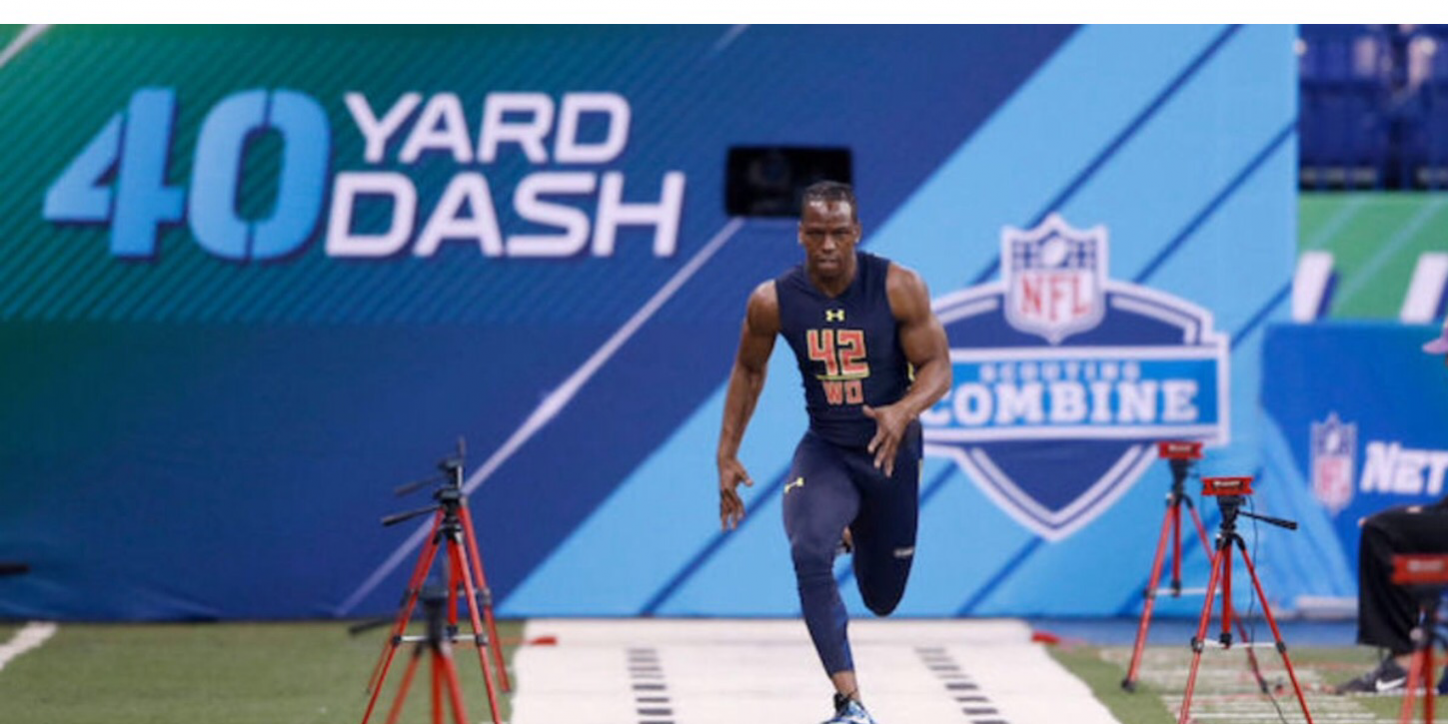 Officially the fastest 40-yard dash… EVER.

With a 40-yard dash time of 4.22, Washington wide receiver John Ross set a new NFL Combine record, besting Chris Johnson’s previous time of 4.24. In addition to improving his draft stock, Ross became a proud new owner of an actual island, taking advantage of Adidas’ pre-Combine promise to gift one to the runner who broke the longstanding record. Or did he?

Adidas is really offering to buy an island for anyone who breaks the 40-yard dash record at the Combine this year http://pic.twitter.com/9NNaL2s8RX

Per terms of the promotion, Adidas would buy a private island valued up to $1 million for the new record holder. The catch is that they have to run in the brand’s 2017 Adizero 5-Star 40 cleats. Unfortunately for Ross, he was wearing the Nike Vapor 4.2 for his speedy performance, missing out on Adidas’ massive prize.

Nike’s new cleats for the Combine

“I really can’t swim that well. And I don’t own a boat,” said Ross when asked why he wore Nike instead of Adidas.

John Ross on why he didn’t wear Adidas shoes and attempt to win island “I can’t swim and I don’t have a boat” http://pic.twitter.com/mTXwe3ezhT

Ross should be fine moving forward. Already a projected first-round pick, Ross only solidified his position with his Combine performance. Still, losing the insurance of entering the draft as the proud owner of a million-dollar island has to sting a little. Perhaps Nike will soften the blow by offering him an endorsement deal in the coming weeks.