This phone has embedded diamonds and a 360-degree camera 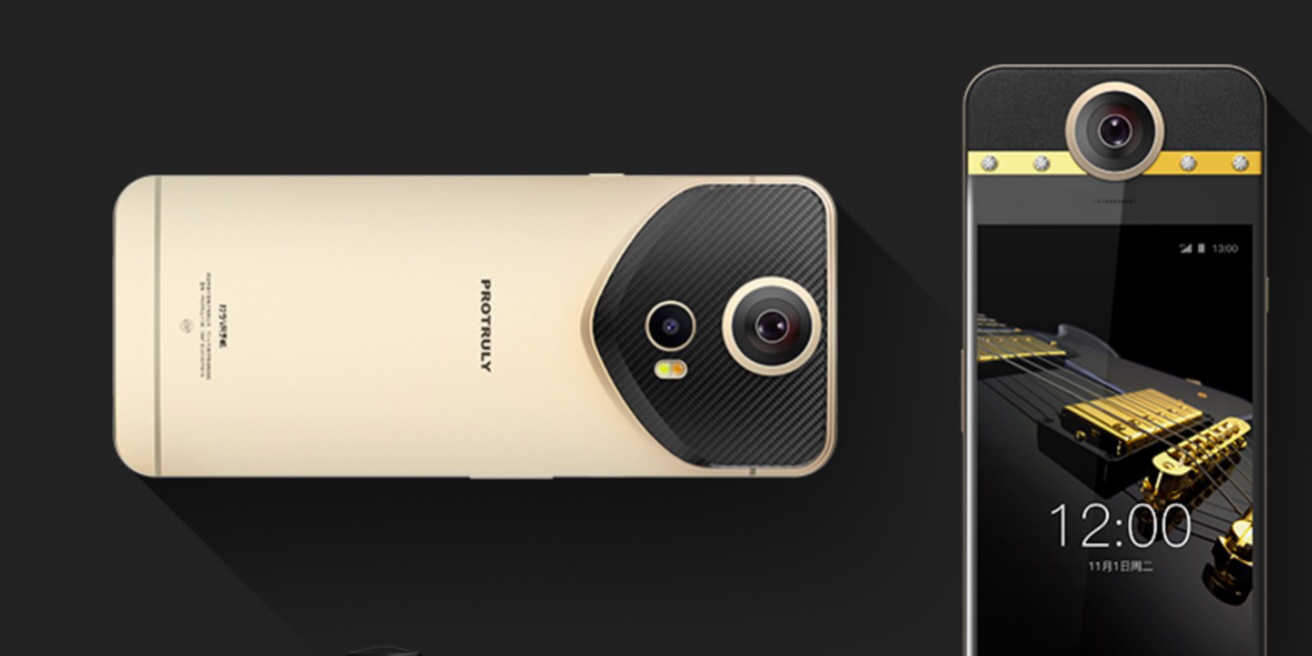 Every year a ton of phones come out with similar features and designs. But every once in a while, one comes out of nowhere that stands out for a great idea, unique style, or utter extravagance. ProTruly’s Darling smartphone seems to hit all three in the best and worst ways.

The Darling appears to be the first smartphone with a built-in 360-degree camera, allowing it to take photos and record video in all directions at once. The phone seems to let you preview those recordings as strange globes (as you can see in the video below). Presumably, you’d be able to upload them to the many sites (like YouTube and Facebook) that now support 360-degree footage.

The Darling is wonderfully excessive

As for why the Darling is the first phone to include this feature, that becomes fairly obvious when you look at its design: the phone has an enormous camera protrusion on both the front and back. It might still fit in pockets, but it probably isn’t going to be terribly comfortable.

That said, camera bumps have become a standby of top smartphones lately. ProTruly is definitely pushing things here, but the size really may not be a turnoff for someone who’s interested in 360-degree video. Plus, with 360-degree video growing ever more popular, it’s a pretty neat feature to have built into a phone.

There are two versions of the Darling being made — a standard model and a glitzier model. There seems to be some conflicting reports on pricing: China Daily says the standard version sells for close to $600 USD and the higher-end model for close to $1,300, while Mashable has them at $500 and $800. They appear to only be available in China.

Both models have the same specs. Mashable reports that they have a 5.5-inch 1080p display, a MediaTek processor, 4GB of RAM, 64GB of internal storage, 13MP cameras on both sides, and a 3,560mAh battery. The phones have a USB-C port and are running Android Marshmallow. There’s also a fingerprint sensor on the back.

Where the higher-end model stands out is its wonderfully excessive design flourishes: instead of the plastic camera housing used at the top of the standard model, the higher-end Darling uses leather, a strip of gold, and four embedded diamonds.

The phone was announced late last year, but it’s now popping up again after ProTruly brought it to Mobile World Congress this week. Mashable took a look at the phone and called it “bizarre,” “unusually long,” and “the kind of hideousness only Vertu would be able to make decent.” You should definitely read it if you want some hands-on impressions.
SPSS