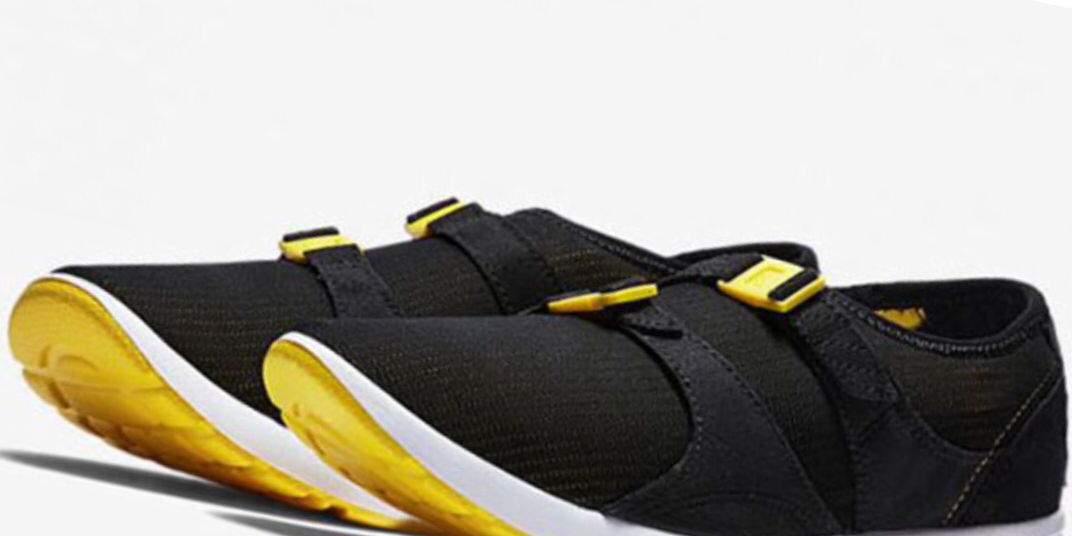 Originally released in the ’80s and designed by Tinker Hatfield, the Nike Air Sock Racer OG served as an experiment in streamlined, minimal design.

Eventually paving the way for the lightweight footwear of today, the pioneering shoe features an upper that mimics the fit and feel of a sock made with breathable material. A highly flexible outsole provides easy comfort, while a simple Black and Yellow colorway nods to the Nike Air Sock Racer that started it all.

The Nike Sock Racer OG in Black and Tour Yellow will release at select Nike Sportswear retailers on March 11th, 2017. Retail price is set at $110. Continue to scroll below to check out more images which will give you a detailed look.