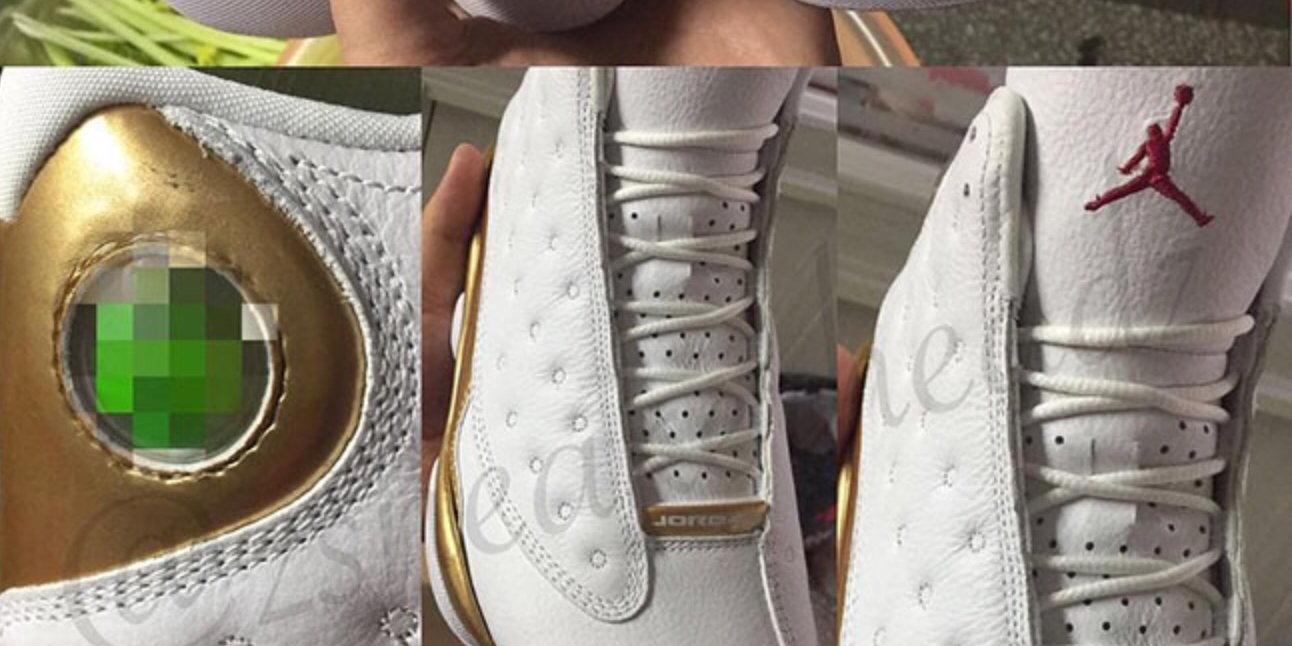 During Michael Jordan’s sixth championship run, he wore the Air Jordan 13 and Air Jordan 14 which will come together for the 2017 Defining Moments Pack.

The Air Jordan 13 features a White and Gold color combination while the hologram will have the year 98 and an image of Jordan taking what’s known as ‘The Last Shot’. The Air Jordan 14 comes in predominate Black while Gold accents are used. Metallic Gold will represent the Larry O’Brien NBA Championship Trophy.

In addition, each will be housed in a unique box. The packaging has ’The Last Shot’ play that was drawn up by Phil Jackson as well as MJ’s game stats and the year Jordan won his last NBA Championship, 1998.

The Air Jordan 13 14 Deigning Moments Pack is scheduled to release at select Jordan Brand retailers during June 2017. Retail price will be $250 each.

Below you can check out more images of the two which will serve as a first look. Expect more information and photos to come soon. Visit the comments section and let us know your thoughts on the two. Make sure to check back with us for updates.