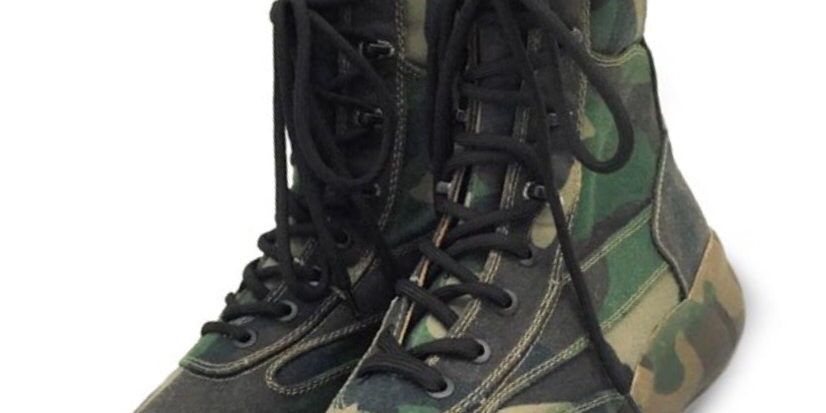 Kanye West’s Yeezy Season 5 was showcased not long ago and now it’s starting to arrive at select retailers. Shown is the Yeezy Season 5 Military Boots which launched at Riveneuve.

While a few different Yeezy Season Boots were shown, the highlight would be the camouflage edition. From his previous drops, this pair is probably the most standout from others. Also apart of the Yeezy Season 5 Boots collection is Earthy Sand and Darker shades.

Continue to scroll below to check out a few more images of the Yeezy Season 5 Military Boots done in Camo which will give you a better look. Like mentioned, they are now landing at select retail locations in Paris like Riveneuve. While a wider launch is unknown, we will provide you with updates once available. Make sure to visit the comments section with your thoughts on them.