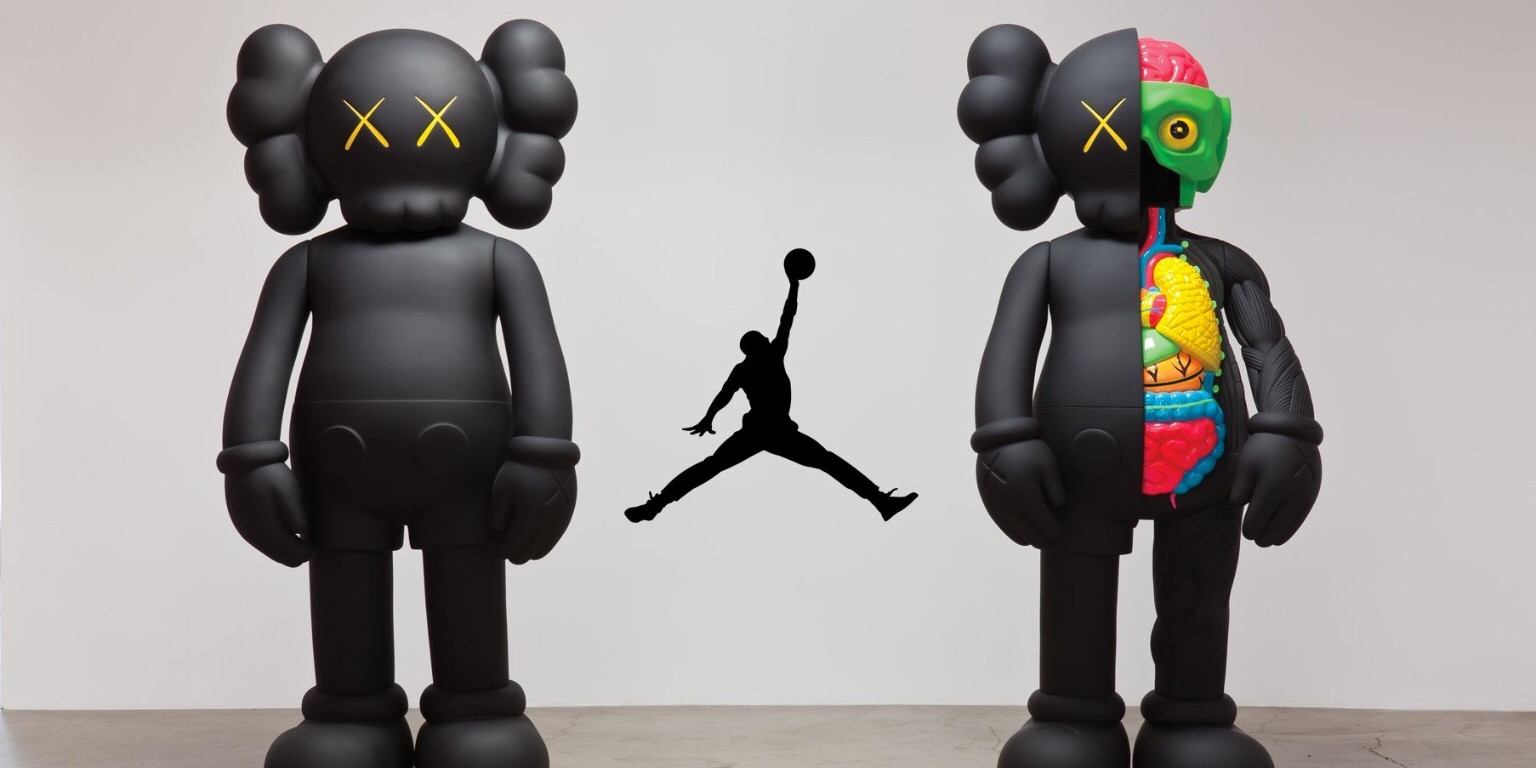 What do you think of this KAWS x AJ4?

Brian Donnelly, the New York-based artist and designer more commonly known as KAWS, has teamed up with Jordan Brand for a limited edition Air Jordan 4 collaboration which will reportedly hit retailers this Spring.
Today, we have our best look yet at what to expect from the KAWS x Air Jordan 4 which will be retailing for $350.

The kicks are built on a dreary, cement grey sueded upper, with some furry accents and premium waxed laces.

Thus far, the only piece of apparel that has been revealed is a 5-panel hat decked out in black with a red jumpman, but we’re sure there will be some tees and hoodies unveiled as the release nears.