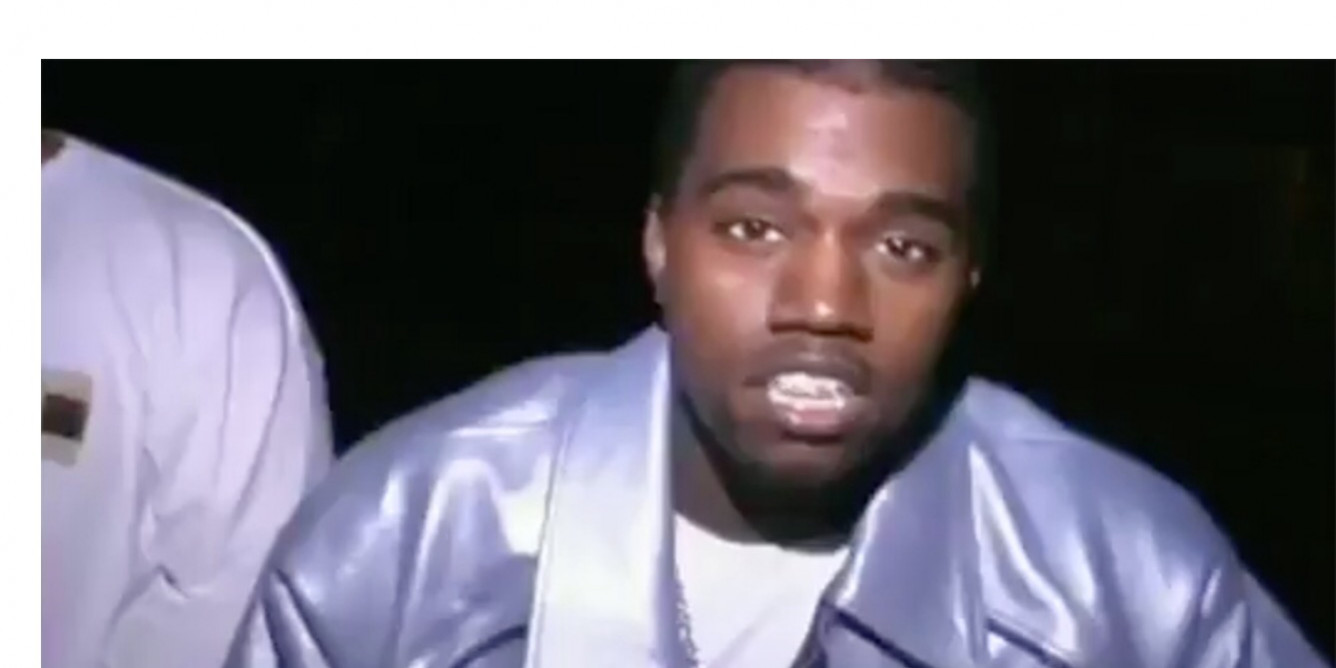 A newly-uncovered Kanye West freestyle from September of 2000 only confirms that we all indeed have room to glow up. West, a then-aspiring rapper from Chicago’s South Side is seen sporting braces, cornrows and an oversized Pelle Pelle fit while casually dropping bars from atop a scooter. Four years later, he would go on to make his mainstream debut with the critically-acclaimed album, College Dropout.

However, back in the early 2000s Ye seemed to enjoy the more pedestrian things in life, like cyphering with his homies, and if his raps are true, taking well-built women who favored capris pants out on dates. The freestyle is full of classic Yeezyisms like, “see titties and squeeze ’em for no fuckin’ reason / Uh, he so classless, grabbin’ asses. And, if it’s any comfort to those who deride West for his ego, it was there even back then. “Kanye more important than Michael Jordan,” he spits toward the end of the short cypher. It’s a line that re-appeared in 2010 when he rapped, “Kanye’s just as important as Michael Jordan / Was to the NBA when he was scorin’,” on Lil Wayne’s “You Ain’t Never Got to Ask.”

Kanye with braids, braces and a scooter, freestyling on 95th in the year 2000. Best thing online right now.