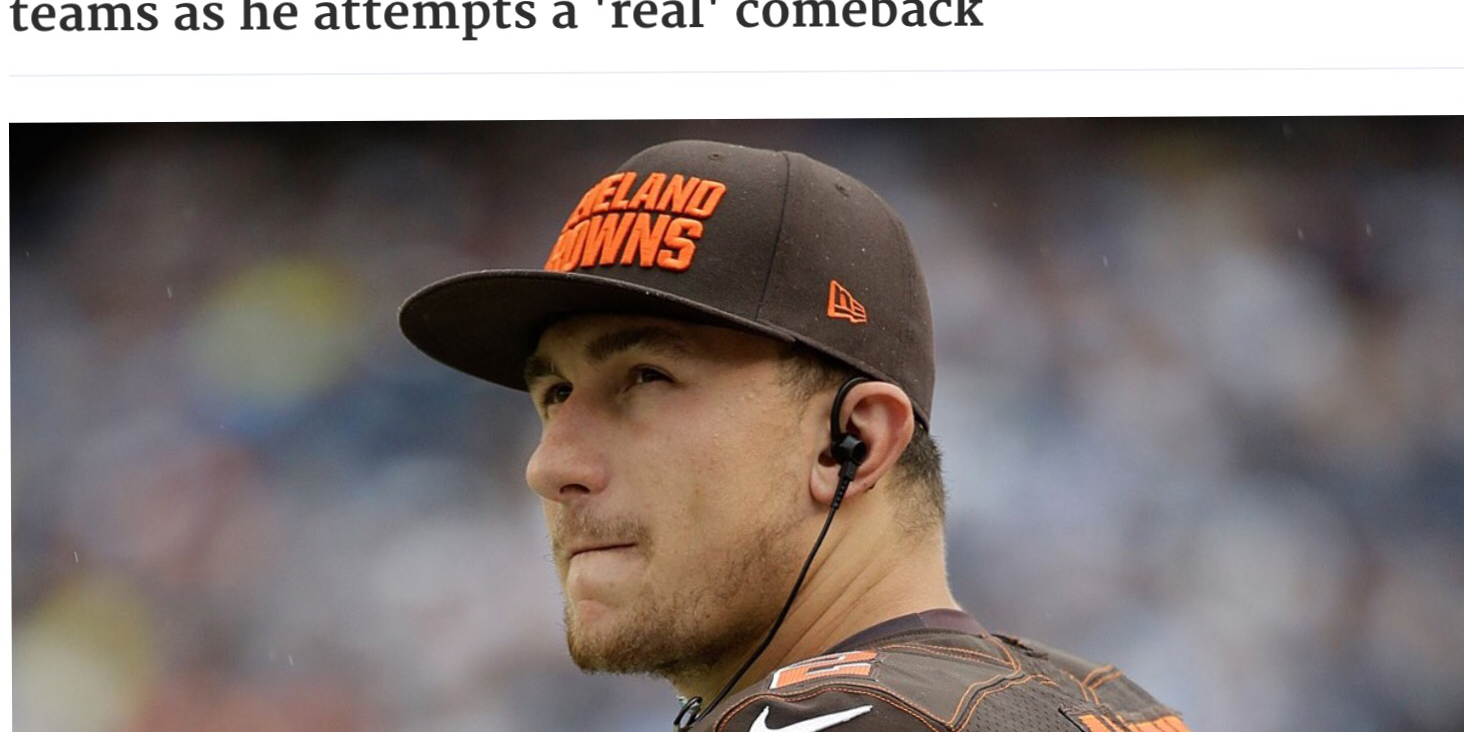 NFL free agency is just days away, and the scramble for players is going to begin.

As usual, quarterbacks will be one of the hotter positions, and an unexpected name has entered the fray.

According to NFL Network’s Ian Rapoport and Mike Garafolo, Johnny Manziel is trying to turn his life around. He’s reportedly re-hired his old agent, Erik Burkhardt, who left Manziel amid his off-field issues, and is now “drawing real interest” from teams.

Manziel, whose misdemeanor assault charges on his ex-girlfriend are reportedly likely to be dropped, according to the Dallas Morning News, recently told a judge that his life is “trending upwards.”

Of course, drawing interest and actually making a team are different things. While Manziel at times showed flashes of promise during his two-year stint with the Browns, his NFL career ended in flames as he reportedly partied on his own time and was not reliably reporting to the team or preparing for games.

Still, with a fairly weak free-agent quarterback market and one of the hottest trade prospects reportedly off the table, Manziel might get another shot at the NFL.
SPSS