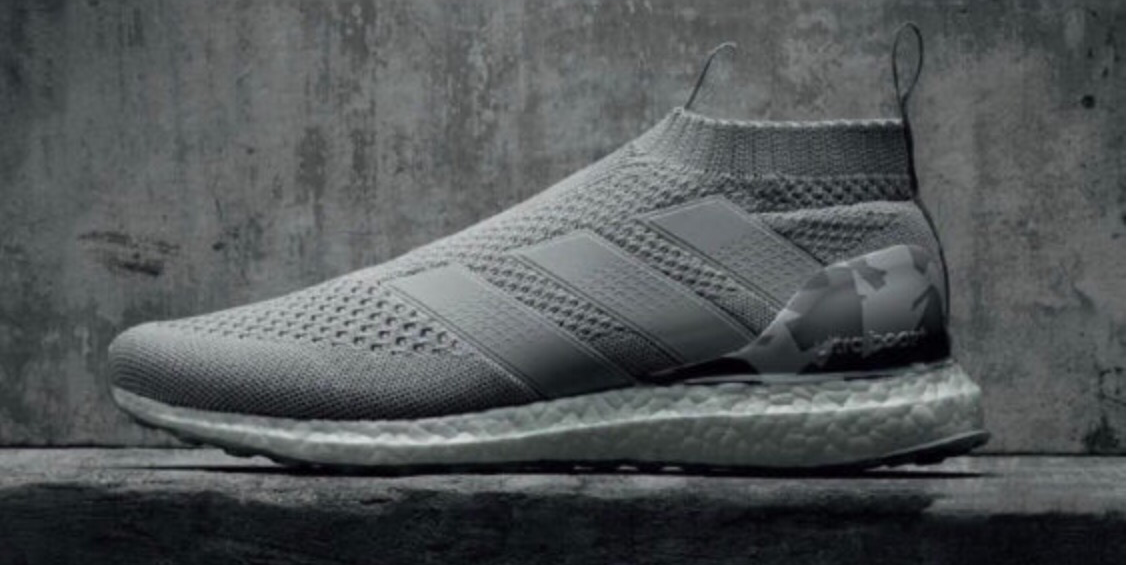 Check out the first look of the upcoming adidas Ace 16+ PureControl Ultra Boost Grey Camo. Although the nicknam of the colorway is Grey Camo, adidas opts to use the camo motif in a subtle manner rather than covering the entire shoe in it.

The adidas Ace 16+ PureControl Ultra Boost comes dressed in a clean Grey Primeknit upper. The camo design is then placed only on the heel counter of the shoe. The Three Stripes and the ankle collar also come in the same Grey hue. Completing the look is the White Boost midsole and Black rubber outsole. If you’re looking to get a pair, just know that they will begin releasing on March 1st…#KeepYourSoleClean👟