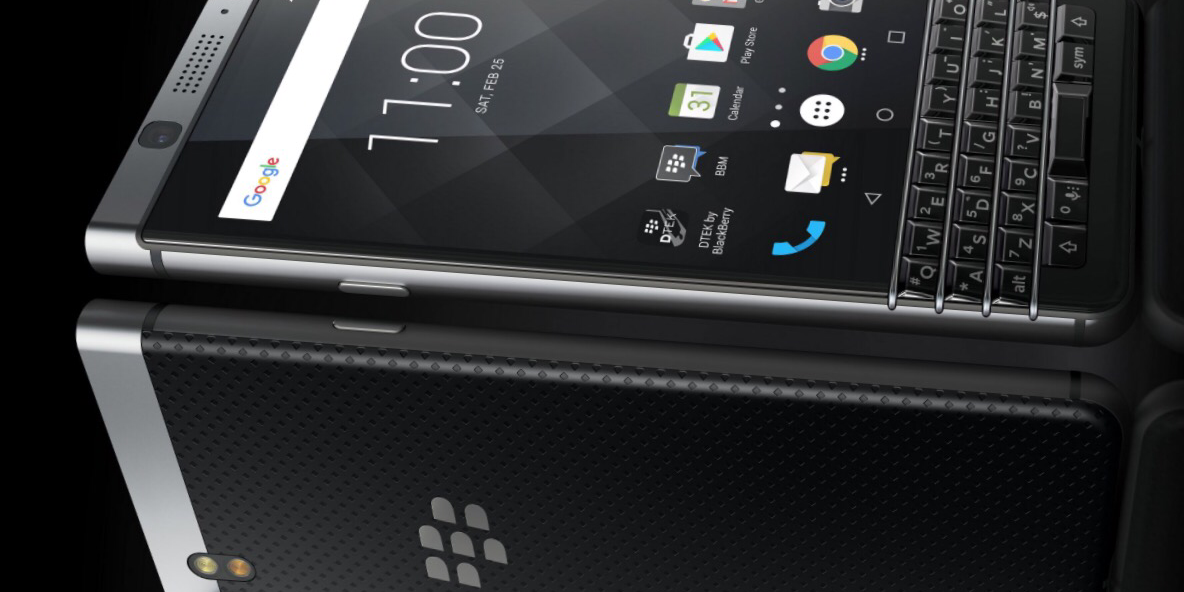 Last month a first teaser of the all new BlackBerry KeyOne, at that point still codenamed “Mercury,” had been unveiled and today we can finally give you a look at the final device. Fans of BlackBerry and of a full keyboard, were immediately intrigued. Presented as part of World Mobile Congress last night in Barcelona, it looks like BlackBerry and its new device partner TCL, did not disappoint the crowd.

BlackBerry KeyOne has Android Nougat and a 4.5-inch display with that all-important physical keyboard. Gesture touch acts as a trackpad. http://pic.twitter.com/Ov4cJSMXl1

The new BlackBerry KeyOne looks like a solid device, featuring an aluminium body and Gorilla Glass 4 front. The smartphone comes with a 4.5-inch LCD, with a 3:2 aspect ratio and resolution of 1620 x 1080. Most importantly, it comes with a full physical QWERTY keyboard. The keyboard is touch sensitive and you can use it to scroll, without ever touch the screen. Furthermore you can assign each key to a shortcut. The device is quite narrow, meaning that it can actually be used one-handed. So far, the reviews of the keyboard are great and it seems to feel much better than a touchscreen keyboard.

The new BlackBerry KeyOne will release in April, priced at $549. Will you be picking one up?