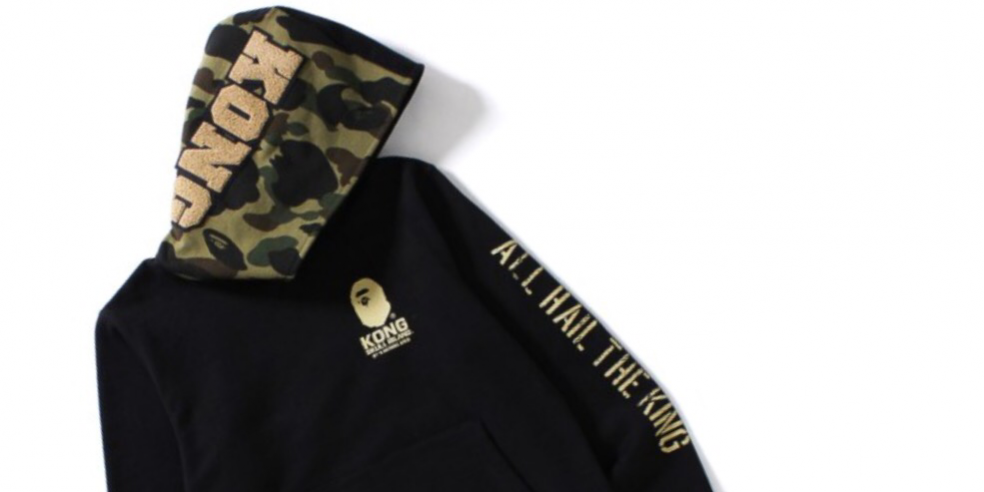 Building up to Kong: Skull Island’s arrival in theaters next month, Warner Bros. and Legendary announced last week that they were teaming up with legendary brand A Bathing Ape to release a joint collection. Now, an initial glimpse of the collaboration has been revealed, which includes a pullover hoodie, t-shirt and crewneck offered in black and gray. Graphic-heavy motifs adorn the items which bear both the iconic APE HEAD logo and Kong film imagery. The collection is set to drop on March 4 in the U.S. and in Japan March 18 at BAPE online and in-stores, as well as Dover Street Market Ginza.