NBA 2K17 Kicks: Using The Game To Convince Me To Buy The Air Jordan 12 Low Playoffs 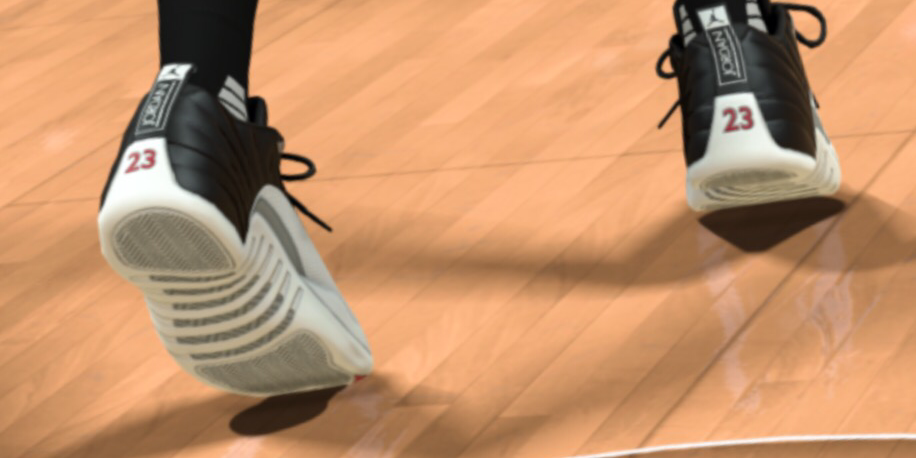 NBA 2K17 Kicks: Using The Game To Convince Me To Buy The Air Jordan 12 Low Playoffs

In my humble opinion, the Air Jordan 12 Playoffs is the greatest basketball shoe ever made. Full stop. No argument. There is no better mix of design and colorway in one package and it’s one of the rare kicks that has ever compelled me to take the “one to stock, one to rock” approach when they got a retro release a few years back. With classic Air Jordans returning to retail with a little more frequency than ever before, I’ve been eagerly anticipating another run of Playoff 12s, especially in this era when Jordan Brand seems more interested in stocking stores with more pairs than ever before. The phrase “two to stock, two to rock” might be more apt.

So when the word started coming out that the Air Jordan 12 Playoffs was coming back, I was very excited… only to find out that we were getting the low version instead. Uh…

Air Jordans during MJ’s prime that go low have always struck an odd chord with me and judging by the reactions of the sneaker community, I’m not a lone wolf in this case. Take for example how iconic Air Jordan 1 colorways from the Banned to the Royal to the Chicago, sell out in mere seconds when they are in their original form with “Nike Air” but will sit on store shelves forever when they drop in low-cut form. There are notable exceptions to this rule of course; summertime Air Jordan 11 Lows might not be as popular as their holiday counterparts, but they are strong sellers for the brand (look at this year’s Columbia drop and tell me that won’t blow up, I dare you) and you can bet that this year’s slate of the Air Jordan 13 Lows like the upcoming Chutney release are going to be ones to watch. The 12s? Well, let’s just say the Max Orange that came out earlier this year didn’t inspire that much confidence in me.

What sold me on the Air Jordan 12 Low Playoffs was my trip to NBA All-Star Weekend and NBA 2K17. Seeing them on the feet of Jordan Brand employees and digital Blake Griffin got me hyped for them in a way that I did not see coming. It’s not full-on “MJ wearing them as he shot over Byron Russell and gave the all-time best fist pump celebration in history” hype, and I won’t be able to give my full confidence in the kicks until I try them on this weekend, but the promise is certainly there.