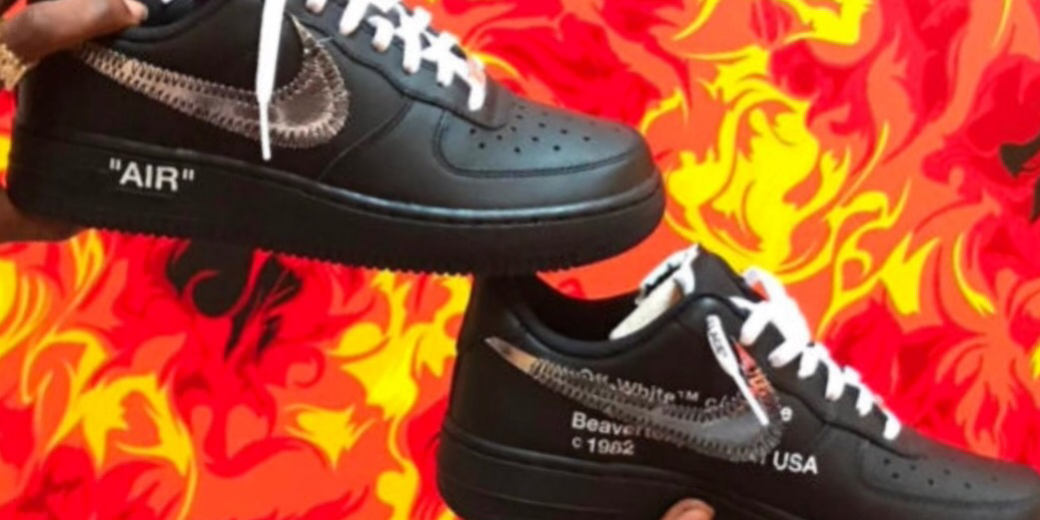 Ian Connor took to his IG to shoe us a teaser image of what could be the next collab between Off-White and Nike. Above you will see the image he shared with his followers and it looks to be a Off-White x Nike Air Force 1 Low collaboration.

For the most part, the majority of the shoe keeps things fairly simple. A Black leather upper is offset by the Metallic Silver Nike Swoosh revamped with the help of the intricate Black stitch work noted on the Swoosh. Other notable features include the abnormal tongue that appears to be have some White on it, the Black sole which houses the “AIR” branding, and additional branding placed behind the Nike Swoosh. Would you like to see these release? What are your initial thoughts on this new collab? Stay tuned as more info begins to surface.