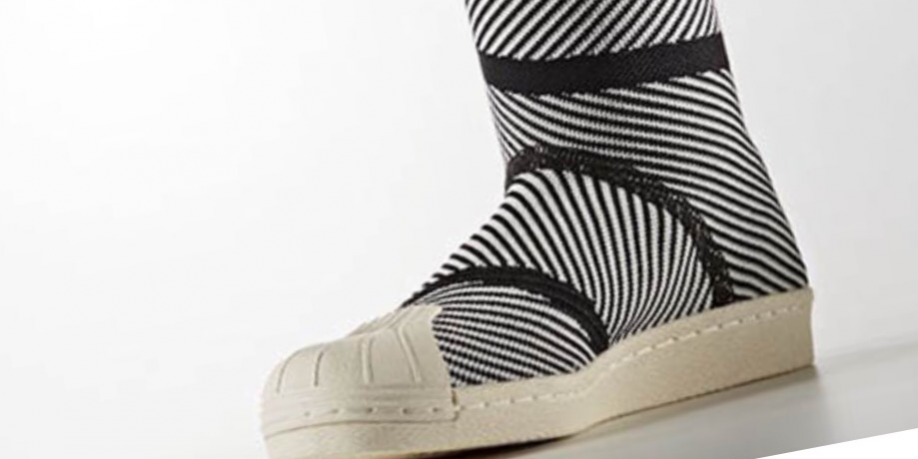 The adidas Superstar has went through a few modifications as of late with the highlight being the addition of Boost. While this isn’t the last revamp they have had, the latest is without a doubt eye-catching. Shown is the adidas Superstar Primeknit Boot.

adidas will debut the Superstar Primeknit Boot as a women’s exclusive which of course features Primeknit on the uppers. Using a one-piece upper, Black and White ribbing is seen throughout. Staying true to the Superstar heritage, they feature a shell toe while Off-White covers it as well as the midsole and outsole.

Below you can check out more images of the adidas Superstar Primeknit Boot which will give you a detailed look. They just released at adidas.com, however it didn’t take long to sell-out. Retail price is $150. Expect additional retail stores to have them soon.