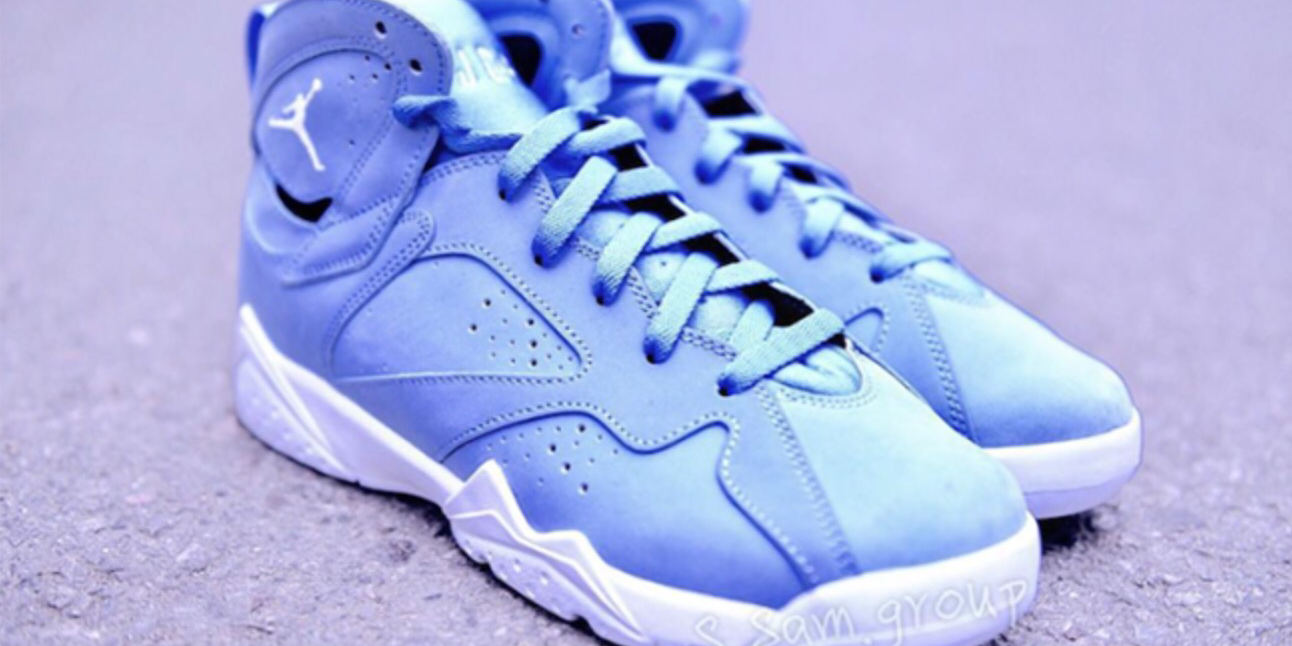 The Air Jordan 7 ‘UNC’ is scheduled to release at Jordan Brand retailers during April 2017.

Not long ago, Jordan Brand showcased the entire Air Jordan UNC Collection which it appears that at least one will debut being the Air Jordan 7.

Michael Jordan and his alma mater, the University of North Carolina will be represented on this Air Jordan 7 while dressed in University Blue, White and Black. Across the uppers we have predominate Blue while constructed with nubuck. White is placed on the Jumpman, tongue branding midsole and outsole. Completing the look is Black accents.

The Air Jordan 7 UNC is scheduled to release at Jordan Brand retailers on April 29th, 2017. Retail price will be $190. Below you can check out more images which will give you a closer look.