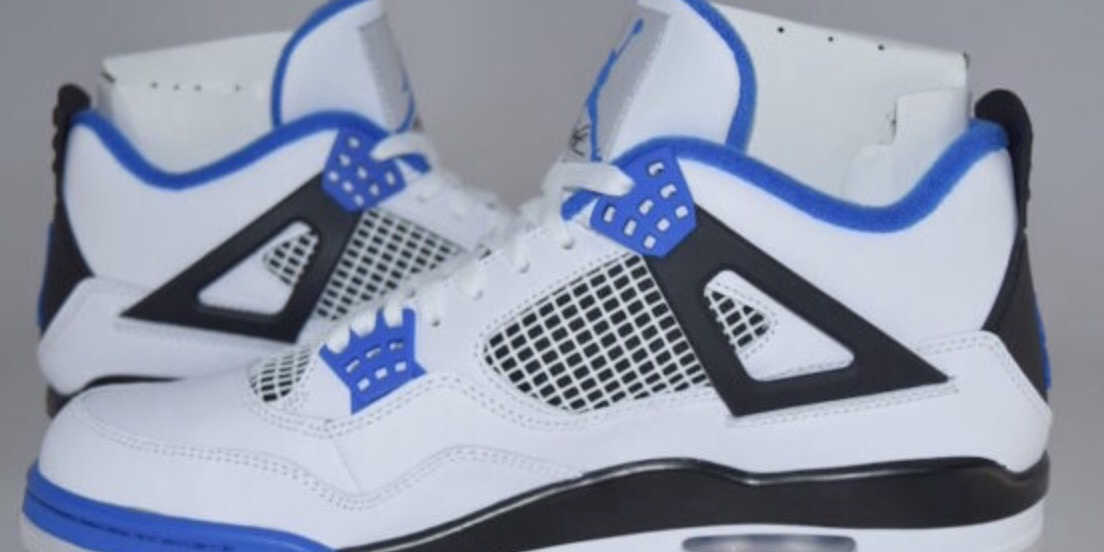 If you were in New Orleans for All Star weekend then you had the opportunity to pick up the Air Jordan 4 Motorsport a bit early as Jordan Brand released the shoe ahead of schedule at a special pop-up shop.

But if you weren’t then you’ll have to wait until next month to get your hands on them like the rest of us. Previously an exclusive that was given to Jordan Brand Motorsport team members, this highly sought after colorway will finally be getting a retail release. The shoe features a white leather upper that is accompanied by Black and Game Royal accents on the inner liner, eyelets, heel, midsole, branding, wings, and side panels.

You’ll be able to pick up your pair beginning on March 26th for a retail price of $190.
images: eBay