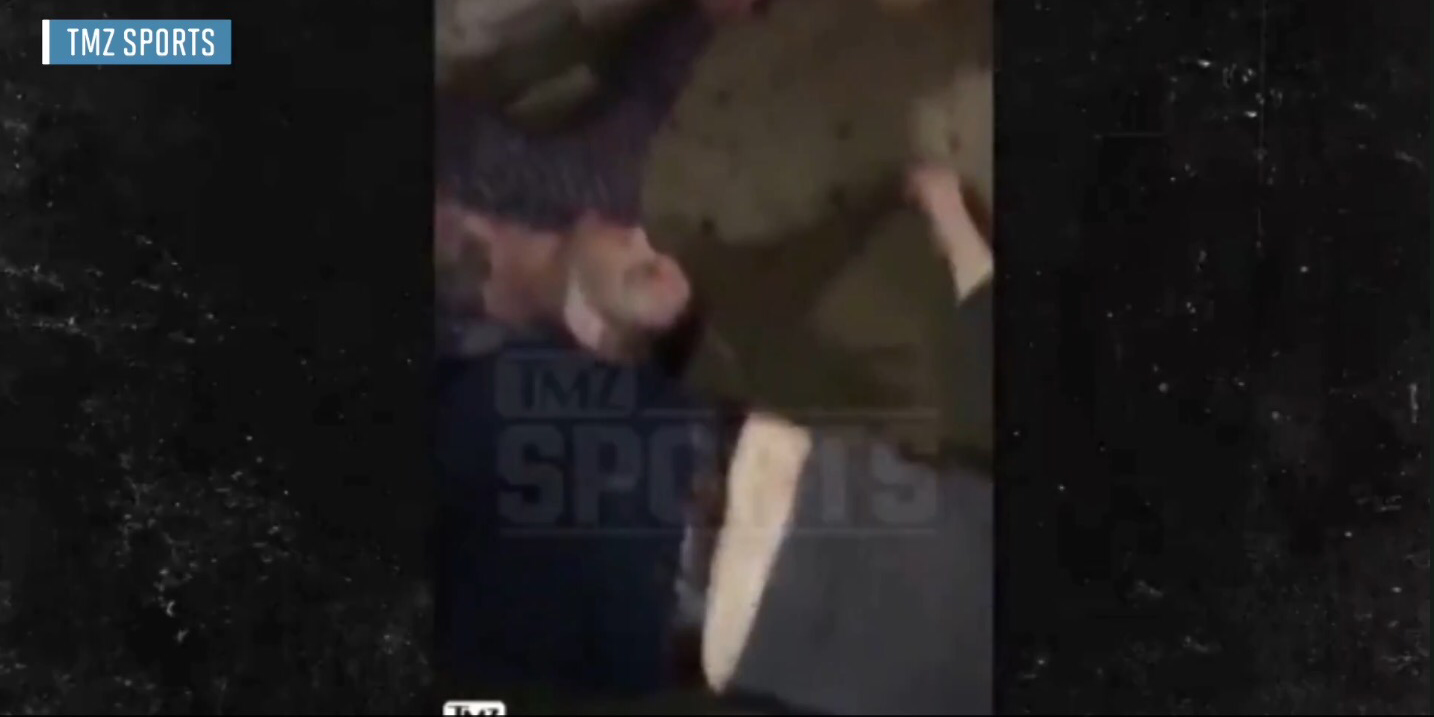 “I knocked both of these mother f*ckers out!”

New York Jets cornerback Darrelle Revis was arrested over the weekend in Pittsburgh on multiple felony charges including robbery, assault and conspiracy, though he maintains he was not the aggressor in the violent altercation.

Revis told authorities that he only acted in self defense from a drunk man who was flexing his “beer muscles.”

Today, video footage from the night in question has surfaced and it shows two men knocked out cold, while another man off camera can be heard bragging and shouting, “Shut up before I knock your ass out next.”

It’s unclear whether or not that’s Revis doing the trash talking but according to the criminal complaint filed against Revis, a witness told cops Revis was allegedly screaming, “Do you want to be next?”