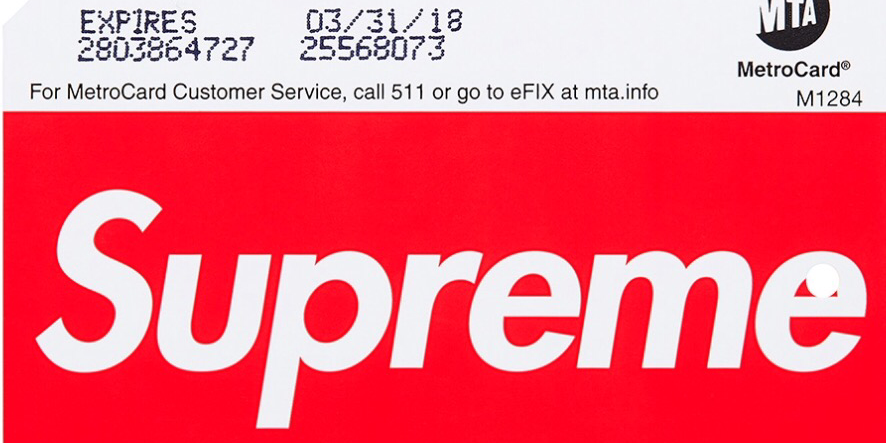 Update: MTA has revealed the locations where Supreme MetroCards are being vended, see below. Our original story can be read underneath.

Today MTA NYC Transit has tweeted that the collaborative Supreme MetroCards are being sold at select stations. The prepaid card in turn includes two fares, all while featuring the streetwear brand’s iconic logo front and center.

The card is a part of Supreme’s SS17 collection that released last week, and it is already seeing an insane spike in resell price.

For now, MTA NYC Transit nor Supreme have revealed what stations carry the coveted MetroCard.