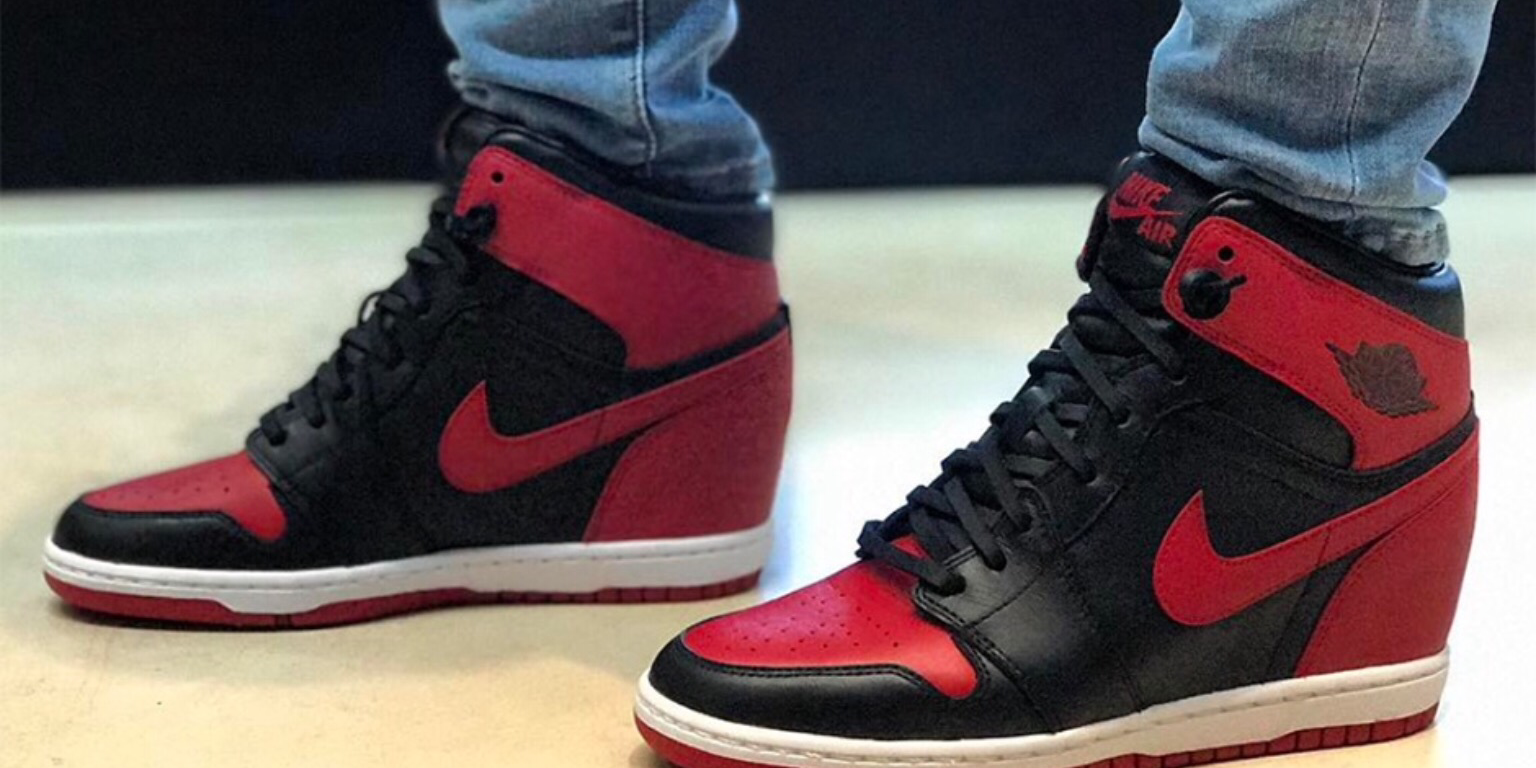 When you’re Michael Jordan’s wife, you get pretty good access to sneakers. Not just early pairs either—it looks like Yvette Jordan also has an exclusive Air Jordan 1 in her collection. Shown above is Jordan wearing a one-of-one “Banned” Air Jordan 1 sneaker wedge.
While there’s no doubt this is an official Air Jordan given who’s wearing them, it should be noted that the shoe actually uses the Dunk Sky Hi build, as evidenced by the coloring on the soles.
The sneakers were posted on Instagram by Solefly (a store owned by Yvette Jordan’s brother), which teased a possible retail release in its caption for the photo.
While Jordan Brand never hopped on the wedge sneaker craze that was at its peak three years ago, it did briefly experiment with the idea of creating wedge takes on classics like the Jordan 5.