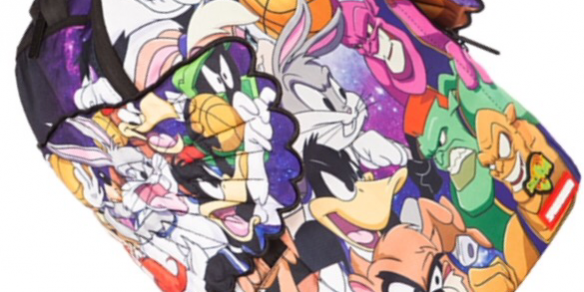 There’s a reason that Space Jam has so much cultural staying power—especially today. Even with the film fresh off a 20th anniversary celebration, its cast of Monstars and Looney Tunes mixed with NBA professionals is unforgettable. Tapping into one of the greatest cult movies of the ’90s, Sprayground has produced a lineup of accessories that are practically Toon Squad approved.

The brand’s partnership with Warner Brothers has resulted in a Space Jam take on the labels’s winged backpack, along with three different strapback hats—a first for Sprayground. The winged backpack is sure to impress both inside and out, boasting both plenty of storage capacity for all of your “Secret Stuff,” along with detachable memory foam wings and a colorful graphic featuring all of the major Looney Tunes and Monstars from the film. The three different hats feature unique designs of Taz, Bugs Bunny or Lola Bunny.

No matter how you slice it, Sprayground’s take on Space Jam is a surefire slam dunk, whether you’re looking for an eye-popping punch to your daily style, or something more like the pared-down caps. If you’re ready to reunite with your favorite Monstars and Toon Squad characters, you can score the winged backpack and caps at authorized Sprayground retailers and over on Sprayground’s webstore today.