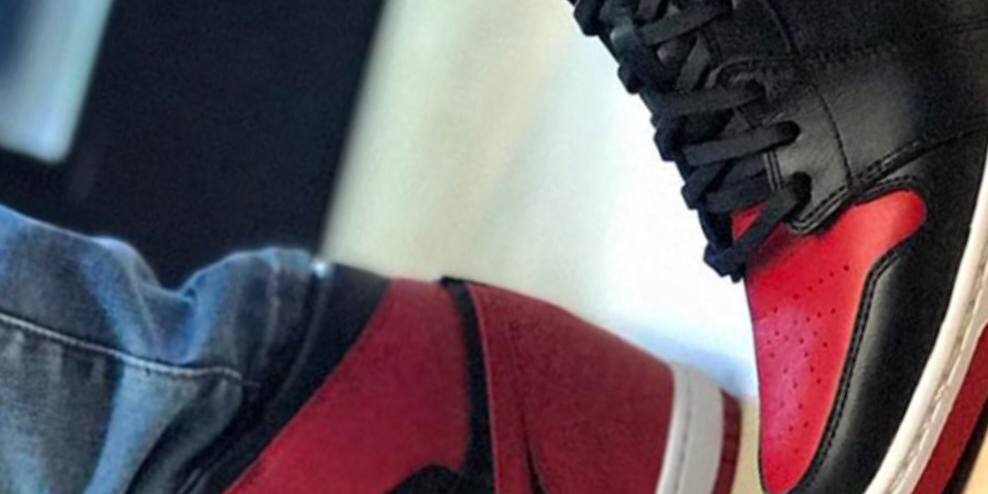 These are the most controversial Air Jordans in existence and it has nothing to do with the wedge version. The Nike Air Jordan 1 Red/Black were banned by the NBA, 31 years ago, for lacking the white found in his teammates sneaker choices. Legend has it, that MJ wore the banned sneakers for the duration of the season with Nike footing the $5000 bill for each instance. Mrs Jordan showed her own defiance by adding a wedge heel and daring you to recognize NBAhistory.