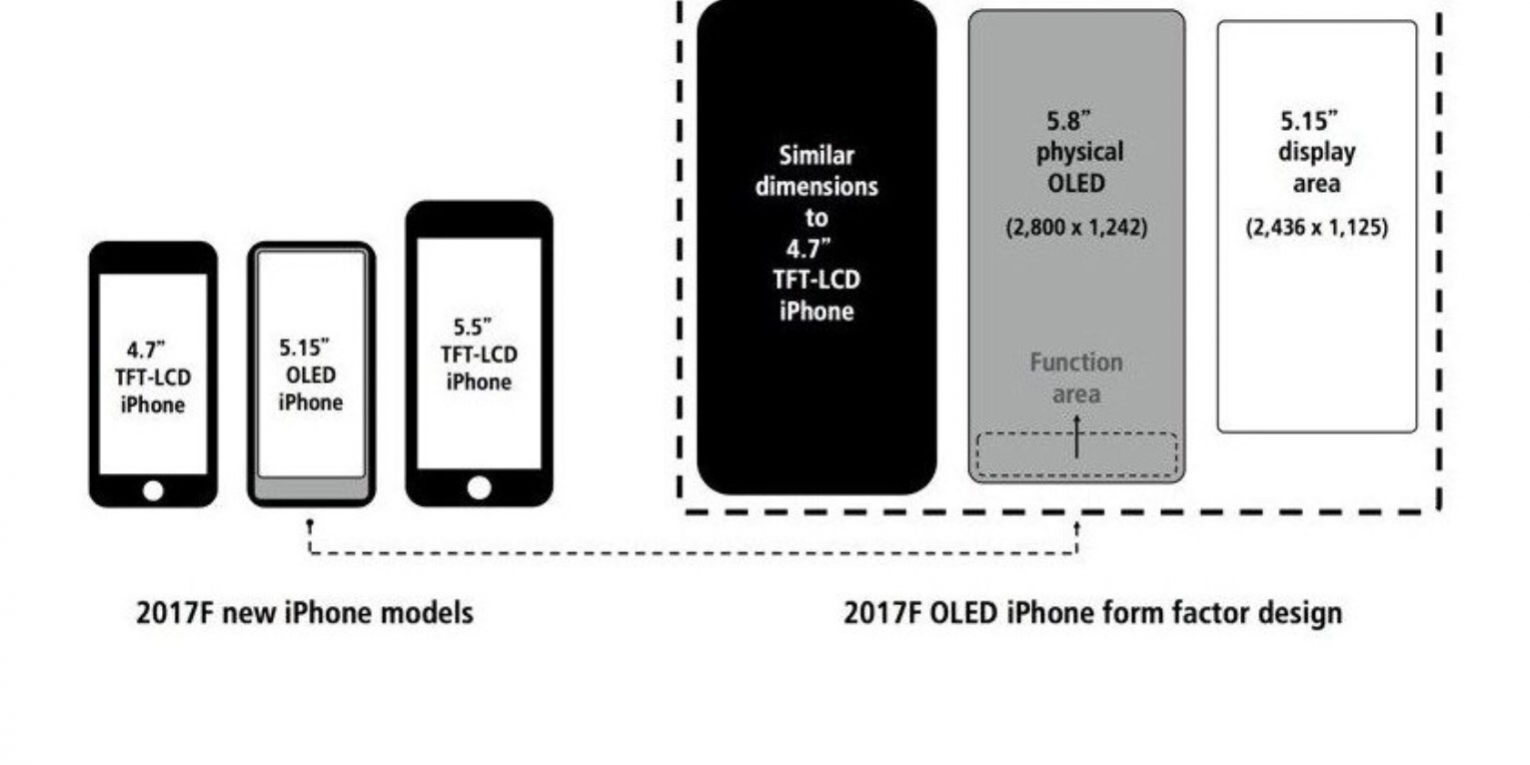 According to MacRumors and famed KGI analyst Ming-Chi Kuo, the 10th anniversary edition of the iPhone will indeed have a 5.8-inch OLED display taking up almost all of the front of the device. With that said, only 5.15-inches (diagonally) will actually be used for screen content, while the rest of the space is being reserved for a “function area” at the bottom that will house still unknown virtual buttons. It has already been theorized that the iPhone 8 will provide an almost bezel-free face, but in order to do so, Apple will have to throw out the home button as well as Touch ID. However, Kuo suggests that the 5.8-inch version will have a strip at the bottom reserved for virtual buttons, a first for iPhones.

It’s still unclear what these virtual buttons would do, but there is a high likelihood that the area would be similar to the MacBook Pro’s Touch Bar, with buttons changing depending on the context or app. But the home button isn’t the only thing that the all-display feature has removed, also gone is the Touch ID. Kuo believes that it won’t be replaced by an “under glass” fingerprint scanner but instead other biometric security systems, like iris or even facial recognition. With all these rumored upgrades, no wonder the iPhone 8 might be selling for more than $1,000 USD.

Read up on all the latest iPhone 8 rumors here.