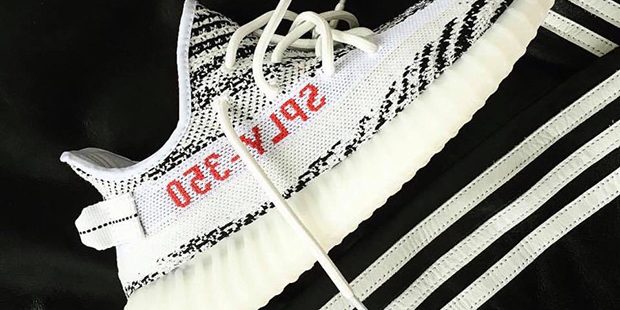 This adidas Yeezy 350 Boost V2 dubbed Zebra receives it’s nickname due to the White Primeknit and Black stripes. SPLY-350 is seen on the side which is done in Red while the heel tab receives Black stitching. Finishing the look is Boost technology in the midsole.

The ‘Zebra’ adidas Yeezy Boost 350 V2 is scheduled to release at select adidas Originals retailers on February 25th, 2017. Retail price will be $220. Reports are suggesting this will be a limited drop.  Check out additional photos below.