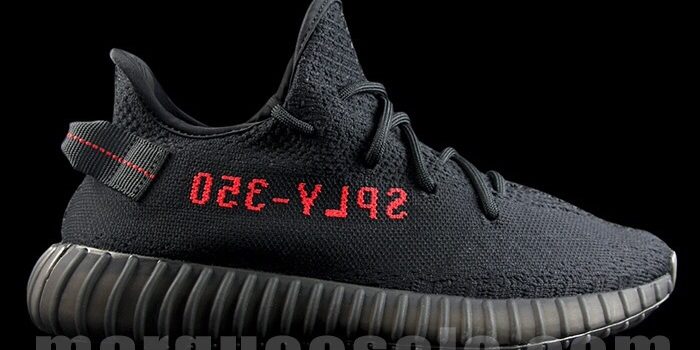 New detailed imagery of the adidas Yeezy Boost 350 v2 Black Red is showcased, as this particular pair consists as one of four other variations which is expected to debut next year.

With Kanye West donning this version during his fashion presentation of YEEZY Season 4 at NYFW in September, recent sightings and current images of the silhouette have it portrayed with a heel tab — a design element that was first prominent on the original Yeezy Boost 350 which first debuted in 2015.

Furthermore, this 2017 pair still inherits that distinctive stripe detail across its side panels, although camouflaged due to its blacked-out primeknit construction, alongside the signature “SPLY-350″ branding which is rendered bright red.

Suggested to release in infant sizes as well, you can expect to find this limited edition model at select adidas retailers sometime during Spring 2017.