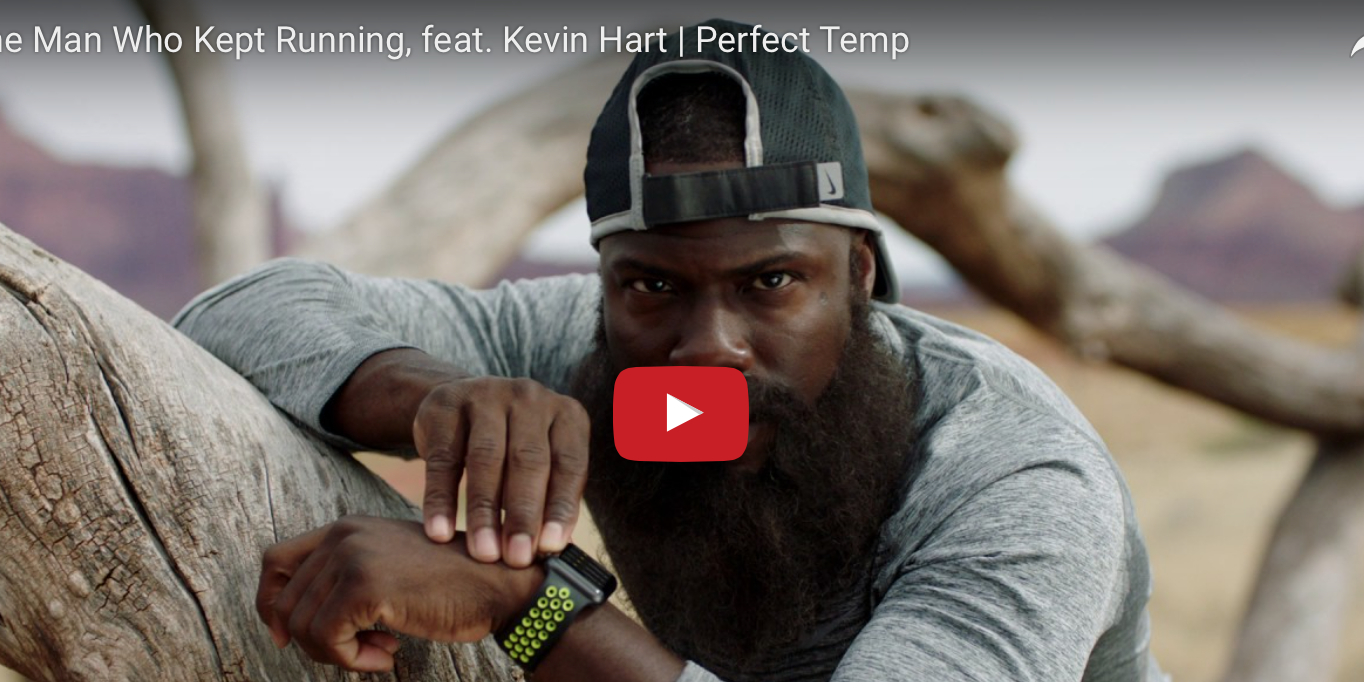 Kevin Hart channels his inner Tom Hanks circa 1994 for a new series of Nike commercials centered around running.

The aesthetic installment is for the company’s Nike+ Apple Watch, as upon receiving the device, Hart decided to abandon civilization and head out for an intense run. Now in the desert, we see that Kevin has grown himself an incredible beard — also reminiscent of Forrest Gump — continuing to get his runs in each day, all while dealing with various tests that runners face.

You can watch the first Nike+ commercial starring Kevin Hart above, and then see the remainder of “The Man Who Kept Running” selection underneath.