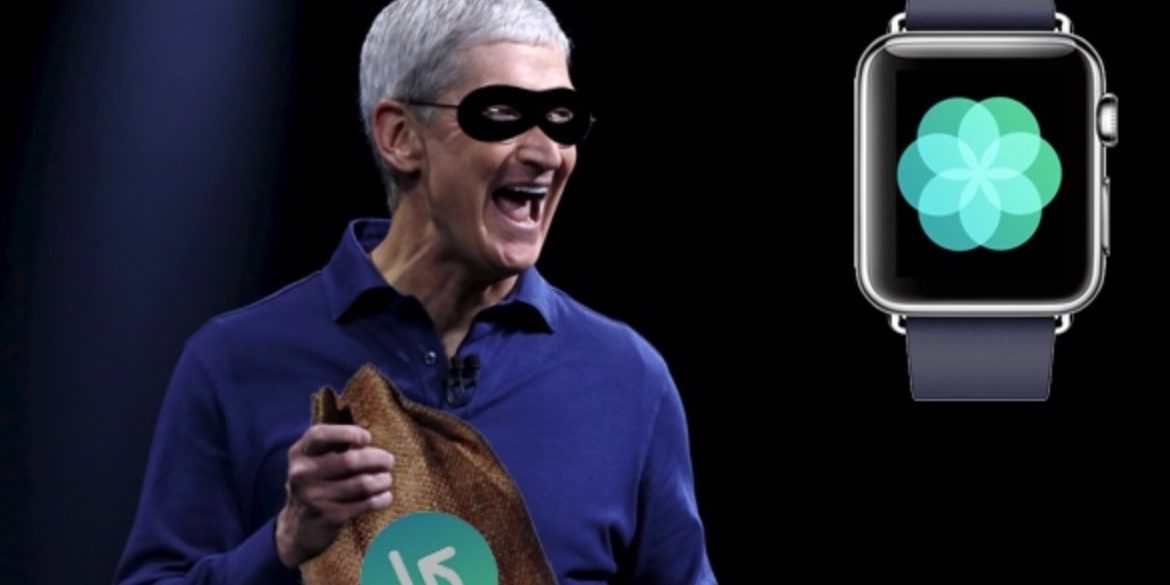 In 2015, Ben Erez built an iPhone app called Breathe, which sent push notifications to users reminding them to pause and take a breath.

It was a basic mindfulness exercise. Not a whole lot to it. Yet, in the high stress, “how many hours can I work before my body shuts down” world of Silicon Valley, Breathe was a Godsend. People loved it.

And apparently, so did Apple…

About a year after Erez launched Breathe, Tim Cook took the stage at Apple’s Worldwide Developer Conference to debut the company’s latest and greatest products.

One of them was a new Apple Watch app called Breathe that sent push notifications to users reminding them to pause and take a — wait a minute, that sounds familiar…

Pretty much identical, actually. And the thing is, our pal Ben had absolutely nothing to do with it.

So Apple straight up stole his app? Name and everything?

Yup. And according to Apple’s developer license agreement (basically the Terms & Conditions for iOS developers) they had every right to do so:

Nothing in this Agreement will impair Apple’s right to develop, acquire, license, market, promote, or distribute products or technologies that perform the same or similar functions as [Licensed Applications].

In other words, if you have an app on the App Store and some dude down in Cupertino says, “Yo, I like this, let’s copy it,” they have the green light.

Unsurprisingly, this is not an isolated incident

Apple copied F.lux and integrated it as Nightshade in iOS 10. iMessage on iOS 8 “borrowed” many of WhatsApp’s best features. And remember that wireless file sharing app, Bump? AirDrop is the same darn thing.

Heck, Apple’s pulled the rug out from under third-party developers so many times that there’s even a term for it now: “getting Sherlocked.”

Are they wrong for doing this? That’s for you to decide. But we’ll leave you with one thing: Helping yourself to developers’ ideas is no way to forge lasting relationships, and Google did just come out with a new phone…

The post Apple’s license to steal appeared first on The Hustle.