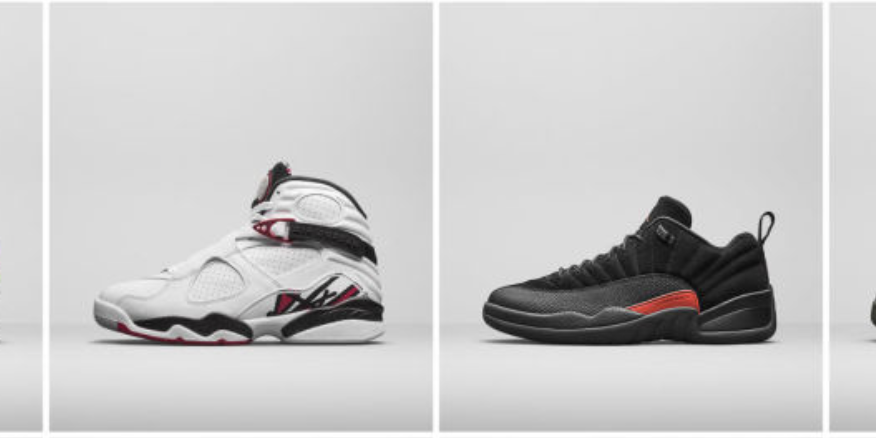 It’s a new year, and for a certain segment of the population, the arrival of 2017 means a fresh batch of Air Jordan releases. Jordan Brand is accommodating its fans with a preview of notable retro silhouettes, poised to launch in the coming months. First up is the “Take Flight” series, featuring a flight jacket-inspired Sequoia Green colorway on the Air Jordan 8 and Air Jordan 5, as well as stealth fighter plane-inspired Air Jordan 15.

They’re joined by “Alternate” colorways of the Air Jordan 6 and Air Jordan 8, both featuring a white leather base with red accents, along with stitched year patches on the tongue that correspond to the year that MJ wore the respective style on the court.

Check out the coming silhouettes and their corresponding release dates in the gallery below.