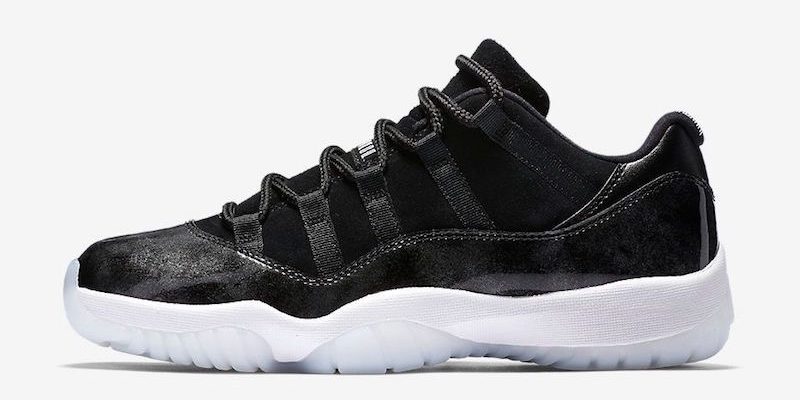 As mentioned above, this Air Jordan 11 Low Barons is a brand new colorway placed on the model. It comes with a color scheme consisting of a Black nubuck upper accented by the Ash Grey patent leather placed on the toe and mudguard. Adding more of a premium feel to the shoe is the Black leather placed on the heels. A White midsole, milky translucent outsole and Metallic Silver branding complete the look. Now that you’ve gotten a good look at the shoe, are you excited about this release? Look for this to drop during the month of April for the retail price of $175.