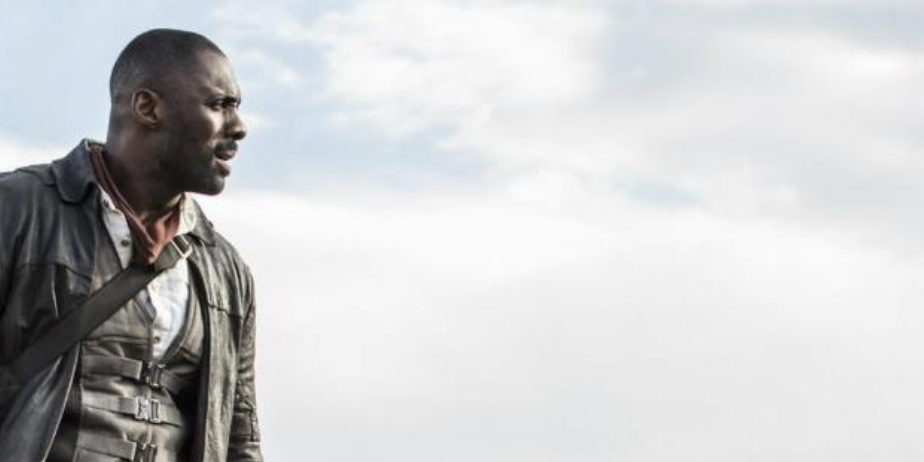 Now that 2016 is finally in the history books, it’s time to turn our attention to the fresh and  new. So with that in mind, below is a list of upcoming titles to start things off right!

2016 has passed us by in the blink of an eye and now we embark on a new year together. As we start off fresh with new resolutions and a new look on the upcoming year, we have many things to look forward to, especially in the world of film. Though 2016 was an epic year for movies, bringing us an array of cinematic gems (seen in Moonlight and Manchester by the Sea to The Lobster and La La Land), it feels like a warm-up when we take a look at the list of future hits already lined up for 2017. Though, of course, we all have our own cinematic tastes, the list below are some of the more “under the radar” releases, whether it be action, anime or sci-fi to look forward to in the upcoming 12 months.

Taylor Sheridan (known for writing 2015′s hit Sicario) makes his directorial debut in the upcoming thriller about an FBI agent who teams up with the town’s veteran game tracker to investigate a murder that occurred on a Native American reservation. Wind River is a look at life on the edge of an imposing wilderness, where the rules of law is overshadowed by the laws of nature. The film stars Jeremy Renner, Elizabeth Olsen, Jon Bernthal and Kelsey Asbille.

Initially released back in 2015 at Sundance Film Festival,

finally sees a wide release at the start of the year. Starring James Franco as Michael Glatze, a gay-rights advocate, Glatze soon shocks his boyfriend (Zachary Quinto) when he rejects his homosexuality and becomes a Christian pastor. Glatze then goes on to marry a woman (Emma Roberts) in this controversial true story. To top it all off, the film was produced by Gus Van Sant.

showcases the horrors of White suburbia and marks Peele’s first foray into the genre. The film centers around Chris (played by Daniel Kaluuya) and his girlfriend Rose as they make their way to visit her parents, focusing on “the fears of being a black man today.” Though at first it seems like her parents might not accept their interracial relationship, that’s the least of Chris’s problems, as he discover there is something more sinister going on.

Revolving around a ghost story that takes place in the fashion underworld of Paris, Olivier Assayas delivers a Hitchcockian tale staring Kristen Stewart. Stewart’s signature still performance helps to deliver her character’s obsession with trying to communicate with her dead twin brother.

This upcoming sci-fi drama is sure to please. Written and directed by Alex Garland of Ex Machina fame – Garland also worked on the screenplays for 28 Days Later and Sunshine – the films follows the disappearance of a biologist’s (Natalie Portman) husband. She then decides to sign up for a dangerous, secret expedition where the laws of nature don’t apply. Based off of the award-winning novel by Jeff VanderMeer, the film also stars Oscar Isaac and Jennifer Jason Leigh.

The Killing of a Sacred Deer – TBD

Greek director Yorgos Lanthimos, who brought us the indie hit The Lobster, is back with another film. His latest project will hopefully be just as weird and captivating as his other works. Once again starring Colin Farrell, Farrell plays Steven, “a charismatic surgeon forced to make an unthinkable sacrifice after his life starts to fall apart when the behaviour of a teenage boy he has taken under his wing turns sinister.” Kidman plays Farrell’s wife, with Alicia Silverstone as the boy’s mother. Can’t wait to see what strange tale Lanthimos will give us next.

The Shape of Water – TBD

Guillermo del Toro is set to bring us another fantasy tale, this time in Cold War era America in the 1960s. Sally Hawkins will star as Elisa, a janitor working at a laboratory where an “amphibious man” has been captured. Elisa falls for the creature, and eventually calls on her neighbor to help her stage a rescue attempt. Though we don’t know much more about the plot, hopefully it will follow in suit with his past works such as Pan’s Labyrinth and The Devil’s Backbone, both which display an unmistakeable level of passion and craft.

If you’re a fan of

, the forthcoming Tom Hanks film (which also stars Emma Watson) will be sure to please. Adapted from Dave Eggers’ book of the same name, the film revolves around the theme of privacy in the modern digital age and the perils of a life lived with total transparency. How will our decisions and actions determine the future of humanity?

Hollywood is making a live-action version of the legendary Japanese manga series written by Tsugumi Ohba and illustrated by Takeshi Obata. Adam Wingard takes the director’s chair on the story of a student who uses a supernatural book, named Ryuk, to kill criminals. Willem Dafoe will be the voice of Ryuk.

From the directer who brought us Snowpiercer and The Host, Joon-ho Bong returns in full force with this Netflix original movie. The story follows a South Korean girl, Mija (Seo-hyun Ahn), as she tries to stop a company from taking Okja, “a very shy and introverted animal” from her. Okja is Mija’s best friend, but in the eyes of most people, a monster. The ensemble includes Tilda Swindon, Jake Gyllenhaal, Paul Dano and Lily Collins.

Source Code and Moon director Duncan Jones is coming out with Mute, a movie about a mute bartender who goes against the city’s gangster to find out what happened to his missing partner. Set in Berlin, 40 years from today, the film will be a dystopian look on society. Alexander Skarsgård, Paul Rudd and Sam Rockwell round out the cast.

Sofia Coppola is back with a new adaptation on Thomas P. Cullinan’s novel A Painted Devil. The story centers around an injured Union soldier imprisoned in a Confederate girls’ boarding school who cons his way into the lonely hearts of the women. Unlike the 1971 film version starring Clint Eastwood, Coppola’s version will be told through the females’ point of view. The adaptation will star Elle Fanning, Nicole Kidman, Kirsten Dunst, Angourie Rice and Colin Farrell as the injured soldier.

After a decade spent in the sci-fi and fantasy realm, writer/director Christopher Nolan has placed his talents on a historical drama about a World War II battle.

focuses on 1940′s Operation Dynamo (or “the Miracle of Dunkirk”) as Allied troops were evacuated from the beaches and harbors of northern France after being surrounded by German forces in the aftermath of the “colossal military disaster” that was the Battle of France. The film stars Nolan’s favorites like Tom Hardy and Cillian Murphy, as well as One Direction member, Harry Styles.

The big-screen adaptation of Stephen King’s fantasy series has been sitting on Hollywood’s back-burners for a while. Set in a magical land inspired by the Old West, the notorious gunslinger (Idris Elba) roams the landscape in search of the dark tower, in the hopes that reaching it will preserve his dying world. Matthew McConnaughey plays his nemesis, The Man in Black.

Mary and the Witch’s Flower

. Based on acclaimed novelist Mary Stewart’s

, the movie spotlights a young girl who undertakes a supernatural journey after being banished from her great aunt’s house. With hints of Hayao Miyazaki abound in the film, it will sure be a hit to anime fans around the world.

Edgar Wright, the genius behind such hits as Shaun of the Dead and Hot Fuzz, hasn’t directed a film since 2013′s The World’s End. His new project sees a mute getaway driver (Ansel Elgort), who uses music to guide him, in deep trouble when a bank heist goes wrong. Co-starring Jamie Foxx, Jon Hamm and Kevin Spacey, it looks to be of Tarantino-type fun.

A Norwegian serial killer drama directed by Tomas Alfredson. Michael Fassbender stars as Detective Harry Hole who investigates the disappearance of a woman whose pink scarf is found wrapped around an ominous-looking snowman. The ensemble is rounded out by Rebecca Ferguson, Charlotte Gainsbourg, J. K. Simmons and Val Kilmer. Expect lots of sympathetic shivering.

Murder on the Orient Express – November 22

Kenneth Branagh directs the latest film adaptation of Agatha Christie’s classic Murder on the Orient Express. The plot follows renowned Belgian detective Hercule Poirot as he investigates the murder of a wealthy American traveling on the Orient Express, the most famous train in the world. The screenplay is penned by Michael Green and the all-star cast includes Johnny Depp, Michelle Pfeiffer, Josh Gad, Penelope Cruz, Michael Pena and Dame Judi Dench.