Everything you need to know about ‘The Fate of the Furious’ 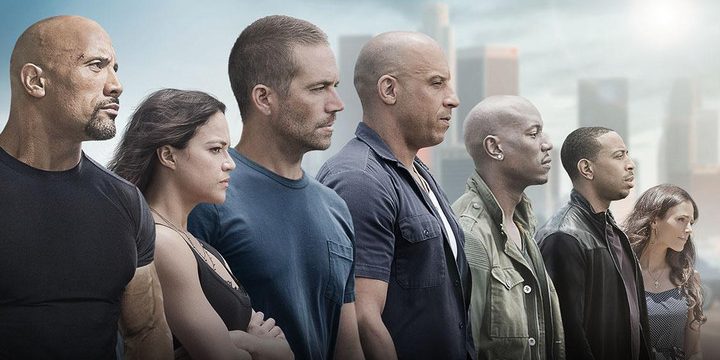 This will be a must see for a lot of people. Checkout the full details below via Digital Trends

It should probably come as no surprise that the sequel to Furious 7 seemed to go into production almost immediately after the movie hit theaters. The fast-paced 2015 action film set box-office records around the world on its way to becoming the sixth highest-grossing film of all time worldwide and the highest-grossing installment of the Fast and Furious franchise by a massive margin.

Scheduled to hit theaters April 14, 2017, The Fate of the Furious is helmed by Straight Outta Compton director F. Gary Gray. The film’s cast includes Vin Diesel, Dwayne Johnson, Jason Statham, Michelle Rodriguez, Tyrese Gibson, Kurt Russell, and the majority of the other core players reprising their roles from earlier installments, as well as big-name newcomers in Charlize Theron, Helen Mirren, and Scott Eastwood. Set to pit franchise protagonist Dominic Toretto (Diesel) against the friends and family he’s protected throughout the franchise, The Fate of the Furious introduces a new threat to everything the crew holds dear.

Here’s everything we know about The Fate of the Furious so far.

Early in the film’s development, Diesel hinted that The Fast and the Furious director Rob Cohen, who helped launch the franchise, might return to the director’s chair for the eighth installment. However, he officially announced F. Gary Gray as the film’s director on The Tonight Show with Jimmy Fallon October 14, 2015.

As with many of the recent installments of the Fast and Furious franchise, the list of returning cast members in The Fate of the Furious is long, including almost every protagonist introduced over the course of the seven-film series so far — as well as one major villain, too.

Returning once again to the role of Dominic Toretto is Vin Diesel, who has appeared in some form (whether as a primary character or simply in a cameo) in six of the seven films in the series. Others returning include principal characters Letty Ortiz (Michelle Rodriguez), Roman Pearce (Tyrese Gibson), Tej Parker (Chris “Ludacris” Bridges), and Luke Hobbs (Dwayne Johnson). Supporting characters Tego Leo (Tego Calderon), Rico Santos (Don Omar), Elena Neves (Elsa Pataky), Ramsey (Nathalie Emmanuel), and the mysterious CIA operative Mr. Nobody (Kurt Russell) are also scheduled to return for The Fate of the Furious.

The upcoming film will feature the return of a memorable villain, too. Deadly assassin Deckard Shaw (Jason Statham) will return for another showdown with the team, although this time around he might be forced to work on the same side as Hobbs and his crew.

Although there will be a lot of familiar stars in The Fate of the Furious, the list of new additions to the franchise who will be introduced in the film isn’t too shabby, either.

Academy Award winner Charlize Theron (Monster, Mad Max: Fury Road) will play the film’s primary villain, Cipher, a criminal mastermind who somehow manages to turn Dominic Toretto (Diesel) against his longtime allies and even his wife, Letty (Rodriguez). She’s joined by Game of Thrones actor Kristofer Hivju, who will play one of Cipher’s henchmen. Both actors were confirmed to appear in the film back in April 2016.

Also making her debut in the franchise is another Academy Award winner, Helen Mirren (The Queen, The Last Station), who will play an unidentified character in the film. She’s joined by Gran Torino actor Scott Eastwood, who will play the protege of Russell’s black ops agent.

Who won’t be there

Franchise actor Paul Walker’s death in November 2013 eventually forced the Furious 7 team to use a combination of digital effects and body doubles — including Walker’s brothers Caleb and Cody — to finish his part of the film, and his character was given an emotional send-off in the movie’s final scene. Although Walker’s character, Brian O’Conner, had his story arc effectively concluded in Furious 7, rumors persisted that he could be brought back for the eighth film via the same digital effects, or recast with his brother Cody taking on the role.

However, series producer Neil H. Moritz confirmed in July 2015 that Brian O’Conner would not be returning in The Fate of the Furious, and that his character had officially “moved on” as far as the franchise’s overarching narrative was concerned.

The absence of Brian in the film also means that actress Jordana Brewster’s character, Mia Toretto, isn’t expected to make an appearance. Brian’s wife and Dominic Toretto’s sister, Mia will apparently join her husband in moving on from their high-octane adventures.

Putting the story in overdrive

Where previous installments of the Fast and Furious series have pitted the film’s protagonists against various villains threatening them, their loved ones, or the world in general, The Fate of the Furious so far appears to have the team battling one of their own: Vin Diesel’s Dominic Toretto.

Charlize Theron’s character Cipher recruits — or otherwise coerces — Dom into going against his own family and friends. This unexpected change of allegiance once again puts Dom in the crosshairs of Luke Hobbs (Johnson), the Diplomatic Security Service agent who he first fought, then allied with in the previous two installments of the franchise.

Along with all of the other troubles Dom’s change of heart creates, the situation also prompts Kurt Russell’s black ops agent Mr. Nobody to release Deckard Shaw (Statham) in order to track and eliminate both Cipher and Dom.

In an August 2015 interview, franchise producer Neil H. Moritz indicated that The Fate of the Furious will shift the tone of the franchise from heist stories to espionage and spy themes. This follows a gradual shift away from the street-racing themes that took place in Fast Five.

Shooting locations for The Fate of the Furious have the team doing what they do best — and likely at high speed — in Iceland, Cuba, and scenic Cleveland, Ohio.

The first trailer for The Fate of the Furious — which also revealed the film’s official title — was released in December 2016 (shown above).